« The Most Brutal Reviews of Glass
Vane Review: Ambiguous But Awful »

What Is The Song In The Spider-Man: Far From Home Trailer? 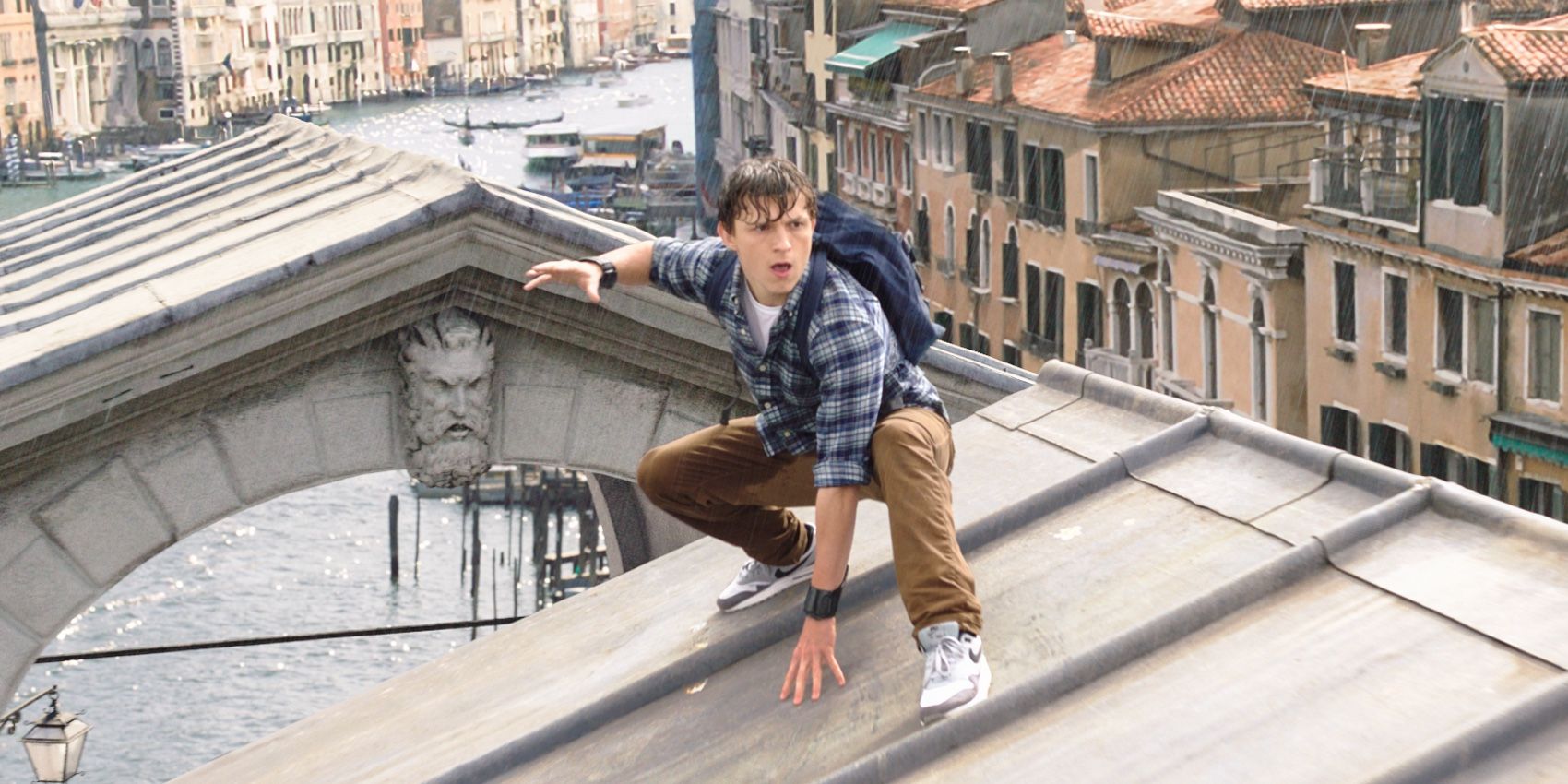 UPDATE: Read our full breakdown of the Spider-Man: Far From Home trailer.

The Spider-Man: Far From Home trailer is finally here, and it features a fitting soundtrack to play over the footage. Though Peter Parker was among the many dusted at the end of Avengers: Infinity War, it was never expected that death would be permanent. Far From Home was confirmed for a summer 2019 release well before Infinity War came out in theaters, ushering the Marvel Cinematic Universe into its next phase. The film is set to deal with the aftermath of Avengers: Endgame as Peter Parker becomes one of the faces of the franchise.

This conundrum presented quite the marketing challenge for Marvel and Sony, especially since Endgame details remain heavily guarded. The last thing the studios wanted to do is spoil this spring's blockbuster in a Far From Home trailer. But now that viewers have their first look at the film, they can see the strategy is to simply ignore the Avengers movies and sell audiences on another fun adventure with Spider-Man and friends. And while fans dissect the footage, they'll have catchy music to listen to at the same time.

Related: Who Mysterio Is Explained

Unlike recent Marvel trailers like Captain Marvel and Endgame, the Far From Home teaser incorporates licensed music. The first half of the trailer is set to the classic Ramones song "I Wanna Be Sedated," which appeared on the group's 1978 album Road to Ruin. After Nick Fury arrives, the music shifts to a more traditional classical blockbuster score that has hints of the Spider-Man theme song.

The Ramones are an appropriate choice for Spider-Man. For starters, the band hailed from Queens, New York, which is the hometown of one Peter Parker. The connections between the two don't stop there, as The Ramones recorded a cover of the aforementioned Spider-Man theme song, which was released as a bonus track on special editions of their 1992 album Mondo Bizarro. The MCU Spider-Man films are quite fond of The Ramones' music, seeing that "Blitzkrieg Bop" played over the end credits of Homecoming. It'll be interesting to see if "I Wanna Be Sedated" (or any Ramones tune) is used in the film proper, or if it's strictly for promotional purposes.

Lyrically, "I Wanna Be Sedated" may hint a little at Peter's state of mind as Far From Home opens. The song chronicles a person on the brink of insanity pleading to be sedated before they go insane. It's easy to see how that would apply to Peter, who's always trying to balance his heroic responsibilities as Spider-Man while simultaneously trying to live the life of a normal teenage kid. He sees the European summer vacation as a way to just take a break and get away from everything, but of course, the trouble is going to find him no matter where he is.