What Mr. Glass Really Means When He Says “Origin Story” 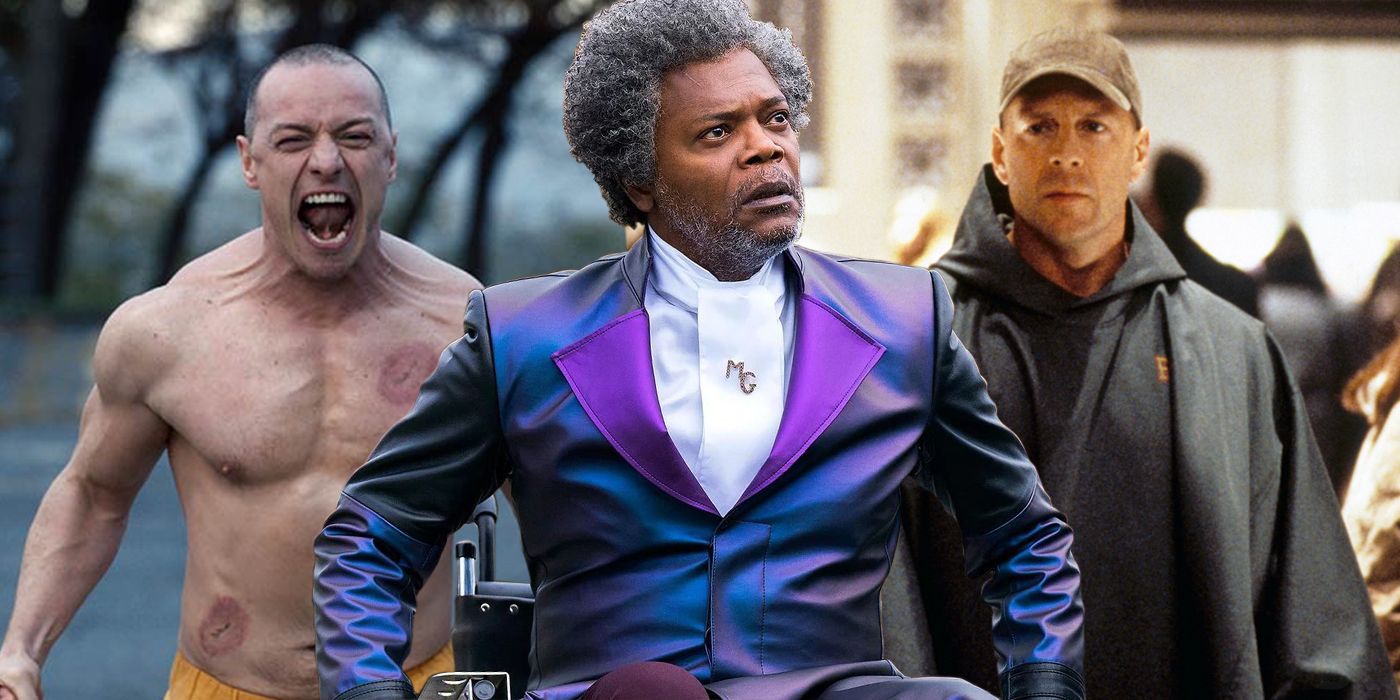 At the end of Glass, Elijah Price declares that the movie's "showdown" wasn't part of a limited edition comic book but instead an "origin story" Considering that Kevin Wendell Crumb (James McAvoy) and David Dunn (Bruce Willis) are currently locked in a classic hero vs. villain final battle and Mr. Glass's master plan - set in place way back in 2000's Unbreakable - is coming to head, that's a rather offbeat claim: how is the end the beginning?

By the time Glass' ending comes about, Mr. Glass has unveiled his maniacal plot to destroy the new Osaka Tower, the heroes and villains have all converged at the Raven Hill Memorial Psychiatric Hospital, and the audience discovers that a secret anti-superhero organization exists within the Glass universe. However, not unlike Unbreakable, there are references to comic book lore threaded throughout the film that don't only have a thematic presence but a narrative one as well. Mr. Glass' lifelong obsession with superheroes and comic book stories is infused with his overarching agenda that's been brewing over the course of the entire "Eastrail 777 Trilogy," and one line he mentions towards the end of the film succinctly sums up said agenda.

Characters reference comic books throughout Glass. In fact, the unfolding story between Mr. Glass, David, and Kevin is likened to a limited edition comic book (incidentally, Limited Edition is the name of the comic book art museum Mr. Glass owns in Unbreakable, drawing even more attention to the term's significance). However, he states that the events unfolding in Glass are more akin to an origin story than a limited edition comic because that's how he sees it: his entire plan is literally the catalyst of a new age in society - one in which superheroes are revealed to the world. This one line is the shorthand equivalent of fictional villains explaining their motive to the heroes moments before they're ultimately thwarted.

From as early as Mr. Glass' storyline in Unbreakable, he's been trying to put individuals imbued with superhuman abilities into the public eye. His methods have been twisted to say the least - killing thousands of people in the process so as to discover real life superheroes. To his misfortune, he's apprehended by the end of Unbreakable and is unable to carry out his life goal; and it's not until Glass that fate works in his favor, uniting him with two other super-powered men - David and Kevin. Mr. Glass ends up sacrificing himself in the end, but not at the expense of his master plan.

M. Night Shyamalan doesn't plan on expanding the events of Glass into future films, even though the ending of Glass leaves plenty of room for more stories to be told. The implied future of the Glass universe speaks for itself at the end when Casey (Anya Taylor-Joy), Joseph (Spencer Treat Clark), and Mrs. Price (Charlayne Woodard) release the footage captured during the battle between David and Kevin and wait to see how the general public will react. Once it's evident that people have not only seen the footage, but undeniable proof that superheroes exist, it's clear that Mr. Glass' planned origin story was the start of something that will no doubt change the world.