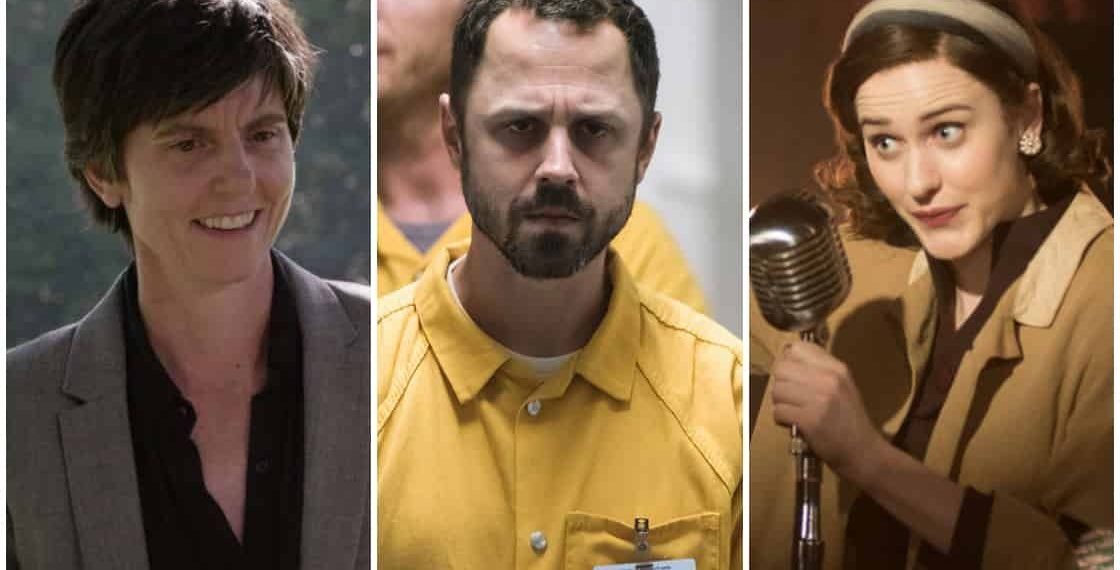 It might be time to take a break from Netflix, because Amazon Prime is harboring some seriously stellar original shows that you probably didn't even know existed. It can be hard to decide which one to watch first, but your Myers-Briggs® personality test results can act as a guide when you're facing a mountain of movies at your disposal. ISTJs, for example, are more likely to appreciate shows with war themes, such as The Man in the High Castle, while INFPs are more drawn to emotionally charged character studies, like Transparent.

So, what Prime original series matches your personality type? Read on and find out.

The Marvelous Mrs. Maisel is a popular comedy-drama, set in NYC in the 1950s, about a housewife named Miriam "Midge" Maisel who stumbles upon a career in stand-up comedy after she discovers that her husband, a part-time comedian, has been stealing jokes and having an affair. Although the show definitely tackles some heavier issues, it maintains a light, joyous tone throughout the series. So, which personality type would love this the most? Always the ones who like to make sure that everyone gets their due, ESFJs appreciate watching shows about people who discover their potential and flourish (and if it's funny, even better)!

RELATED: What To Expect From The Marvelous Mrs Maisel Season 3

ENTJs enjoy structure, action, crime shows, and thrillers, so this show is sure to catch their eye. Based upon a book series written by Michael Connelly, Bosch is a crime thriller about a Los Angeles Police detective named Harry Bosch, a morally sound man who chases justice by any means necessary. It might sound like "just another" cop show, but the character development and stellar storylines in this show will make ENTJs (and anyone else) glad they turned it on and gave it a chance.

ENTPs are creative, enthusiastic, and big fans of comedy. Although not everyone enjoys absurdity, ENTPs are down for it as long as it's creatively and uniquely done, and Comrade Detective certainly is that. Imagine a dubbed buddy-cop comedy series, set in Romania during the end of the Cold War, that features big-named English-speaking voiceovers by Channing Tatum, Joseph Gordon-Levitt, and Nick Offerman. The best part? Every episode was filmed in Romania using local actors and the storyline is somehow both serious and ridiculous at the same time.

INFJs are compassionate visionaries who appreciate depth and complexity, so they're much more likely to value a darker, complex comedy like One Mississippi. Despite being described as a "semi-autobiographical American comedy television series" created by comedians Tig Notaro and Diablo Cody, this "comedy" has a pretty depressing premise. One Mississippi follows an L.A. radio host, named Tig, as she returns to her hometown in Mississippi following the death of her mother. Viewers watch as Tig struggles to acclimate to the small town life (and the often small-minded culture) surrounding her. It's a comedy, but it's a comedy that makes you think, which INFJs will love.

ISTJs are orderly, loyal, and analytical, so a legal drama series is just what the doctor ordered. Not ones to enjoy fantasy, ISTJs enjoy shows that are realistic and straight-forward, and Goliath is exactly that. This series is a legal drama about a down-and-out lawyer, played by Billy Bob Thornton, who now faces a different (and darker) side of the legal system as he struggles to give his clients the representation they deserve. The main character's loyalty and strong sense of duty will resonate deeply with ISTJs, who value those qualities above all else.

ENFPs are creative individuals with a zest for life, so they are much more likely to appreciate the superhero genre, particularly ones with a comedic element (think Guardians of the Galaxy, for example). The Tick was originally a tongue-in-cheek comic book character, but for better or for worse, Amazon made it into a web series and now we can't look away. Obviously, The Tick is a superhero who fights crime, but what kind of superhero doesn't have a sidekick in the form of a lowly, dopey office worker? Is The Tick real, or is he just a figment of bored paper pusher's imagination? This funny take on a super-hero will leave you wondering (and laughing).

Described as an "eccentric spy tale," Patriot is somehow funny, sad and serious all at the same time. The series follows a reluctant spy, John Tanner, as he assumes an undercover position as a mid-level employee at a Milwaukee industrial piping manufacturer. Ooo, fancy. The objective? Uncover intelligence on Iran's nuclear program. So, who would this show appeal to? ISFJs, for sure. People with this personality type are meticulous, responsible rule-followers who enjoy a good spy thriller, particularly if it's for the "greater good," such as keeping Iran from going nuclear.

INTPs tend to be "mentally quick" and like to think outside-of-the-box, so it's no wonder that the sci/fi genre is their jam. Logic is important to INTPs, so although they enjoy the fiction, the science part of "sci/fi" is what really gets them in the door. Similar to Black Mirror, this show is a sci/fi anthology series featuring different episodes that explore a dark future made possible by technology gone awry. If that wasn't enough to get you watching, Electric Dreams also has quite the banner cast, including Bryan Cranston (from Breaking Bad) as well as Janelle Monae, Terrence Howard, Steve Buscemi, and Anna Paquin.

RELATED: What Black Mirror Gets Right That Electric Dreams Doesn't

ESFPs love movies that combine comedy and romance, particularly as they're so fun-loving and optimistic, so romantic comedies are perfect for them. Red Oaks is a coming-of-age story set in the 1980s, and you're an ESFP, then this is definitely a must-see on Amazon. Honestly, this show is a must-see no matter what personality type you are! The series follows a college kid named David, a summer employee of a New Jersey country club, as he inconveniently falls for a girl way out of his league. The show is equal parts hilarious and wholesome and is everything you could want in a rom/com.

INFPs are open-minded, compassionate and curious, so any show inspired by peoples' honest, real-life struggles is going to catch their attention. Transparent is a widely-acclaimed comedy-drama series revolving around Morton Pfefferman, a retired college professor and father who comes out as a trans woman to his unsuspecting family members. The show is funny, emotional, and tackles the difficult issues that transgender people face in a lighthearted, relatable way. Interestingly, creator Jill Holloway was inspired by her own father coming out as transgender, so the entire series smacks of authenticity, which INFPs value above all else.

NEXT: Transparent Series Finale Will Be Feature-Length Musical