« Spider-Man: Into the Spider-Verse Has a Japanese Spider-Man Cameo
Glass Star Originally Didn’t Get Split Was A Sequel To Unbreakable »

What To Expect From Future Man Season 3 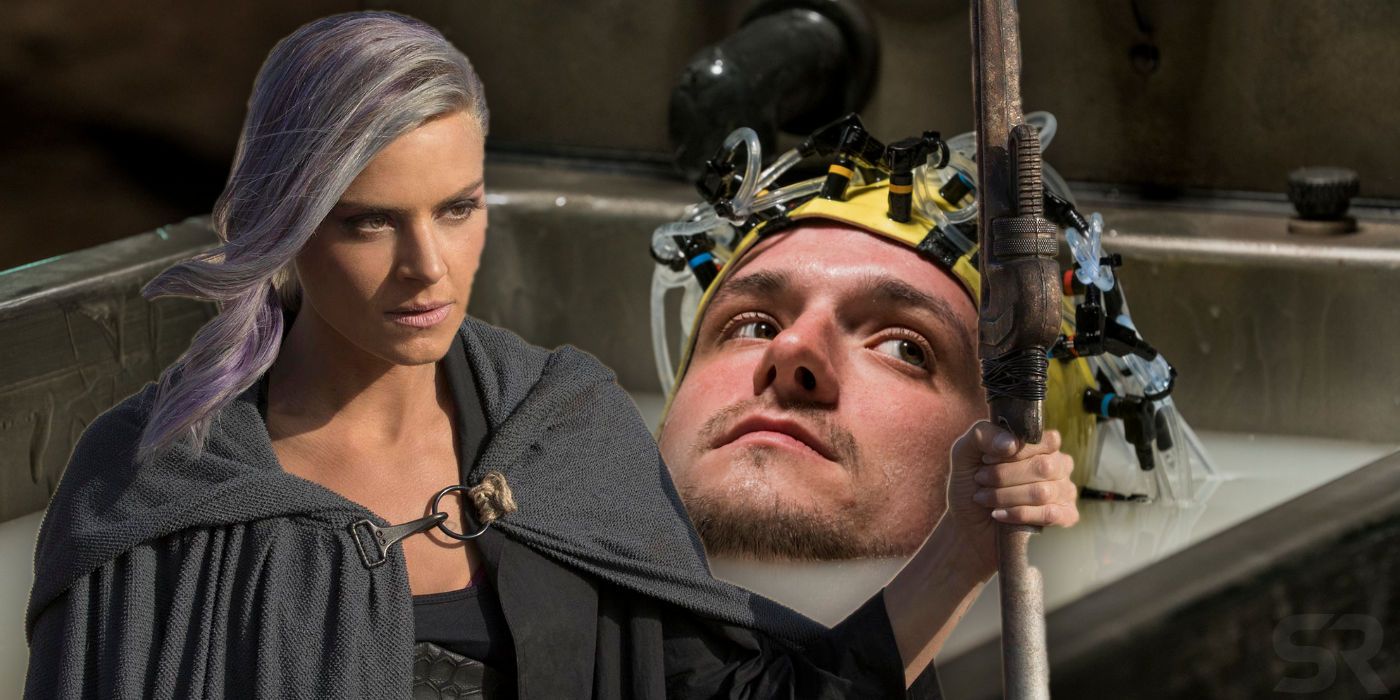 Future Man season 2 is out now, but what can audiences expect from Future Man season 3? The time-travel/'80s nostalgia comedy reinvented itself impressively in its second outing, spending most of its time exploring one era but still managing to mine nostalgia and comedy regardless of the setting. Stu Cahill’s villainous character might be a prime example of nature over nurture, but Future Man as a whole astounds in its ability to be more than the sum of its parts. If the finale is any indication, Future Man season 3 will only continue that tradition.

Picking up right as Future Man season 1 ended, Josh joins Wolf and Tiger in their time, 152 years in the future. What they all soon discover is that their attempts to change time and avoid the catastrophic Biotic Wars, they simply created another, slightly less dystopic future in which humans are just as worse off, but in different ways. Earth is a soon-to-be wasteland populated by a privileged class living in comfort in a prefabricated neighborhood called the Mons and the pre-industrial populous in the New Above Ground (the N.A.G.).

The villain of Future Man season 2 emerges as the holographic super-genius Stu Cahill who runs the Mons and has been obsessed with Tiger for over a century and a half after the day they spent together in season 1. The trio goes through Hell and high water to reunite and defeat Stu, only to land in another, more ridiculous timeline/predicament in the season finale. It set up Future Man season 3 so perfectly, that another season should certainly happen.

Future Man Season 3 Has Not Been Greenlit - Yet

Future Man season 3 is as yet unconfirmed, and if Hulu follows the same pattern they did last year, it'll be a couple of months before we know anything for certain. Future Man season 1 premiered in November 2017, and Hulu didn't confirm a second season was on its way until January 2018. Although, that was then, and this is now. Not only has Future Man season 2 dropped to rave reviews, it doubled down on its premise for season 3 with the introduction of a super-meta, self-referential Hunger Games parody in the form of The DieCathalon, a humans-hunting-humans reality competition show Tiger, Wolf, and Josh wind up in at the end of season 2. It could be that this latest batch of episodes has performed so well and created so much new anticipation that Hulu might renew it sooner than they did Future Man season 2.

When Will Future Man Season 3 Release?

Future Man season 3's release date depends on several factors - schedules, episode count, and storyline. If season 3 involves a ludicrous amount of special effects, but the same number of episodes, then it could be that the wait would be extended to accommodate for post-production needs. If Future Man season 2 reaches new heights of popularity, Hulu might throw more money at it increasing the scope of possible narratives. Also, if Eliza Coupe, Derek Wilson, and Josh Hutcherson benefit from the show's popularity with more work, their availability could change (though contracts might already be in place to prevent that). Or it could be that Future Man season 3 will stick with a similar formula to seasons 1 and 2 and work on the same schedule. We'll have to wait and see, though it seems unlikely that it would be too much longer than a year between seasons. If everything goes according to plan, then fans should expect to see Future Man season 3 release sometime in early 2020, perhaps even in January.

What Future Man Season 3 Would Be About

Josh, Tiger, and Wolf end the penultimate episode of Future Man season 2 having just been arrested by time cops from Santa Clarita County. They're accused of messing with the space/time continuum beyond belief and are punished accordingly. But just as they’ve resigned themselves to their death sentences, Susan (Seth Rogen) announces that the entire thing turns out to have been a pre-game show for this universe’s version of The Hunger Games. In a move that’s representative of the brilliant way Future Man handles meta themes and self-referential humor, season 2 ends by setting up season 3 as a parody of Hutcherson’s biggest credit. He, Tiger, and Wolf are slated to compete on The DieCathalon, a deadly reality competition show hosted by Susan and sponsored by blood diaper company Ultra Max. If Future Man is about what happens when everyone in an action/time travel/fantasy movie has actually seen those movies before. Future Man season 3 promises to take that kind of storytelling and humor to a new level as Tiger, Wolf, and Josh will have to navigate a very familiar (to us) murderous obstacle course.

Also, given Future Man’s propensity for completely reinventing itself mid-season (Tiger and Wolf’s time journeys in season 1 and their lives in the N.A.G. and with Stu respectively in season 2 are examples of this device), it’s likely The DieCathalon will represent a small portion of the action while the time travelers are forced to weigh the uncontrollable outcomes of their attempts to change history. It’s hard to predict this show given the amount of left turns it makes, but it always manages to balance itself as a zany roller coaster ride with a soft, gooey center – we doubt a Future Man season 3 will disappoint in that arena.