« RuPaul’s Drag Race: 12 Rules Queens Have To Follow (And 8 They Love To Break)
When Will The Next Avengers: Endgame Trailer Release? [UPDATED] » 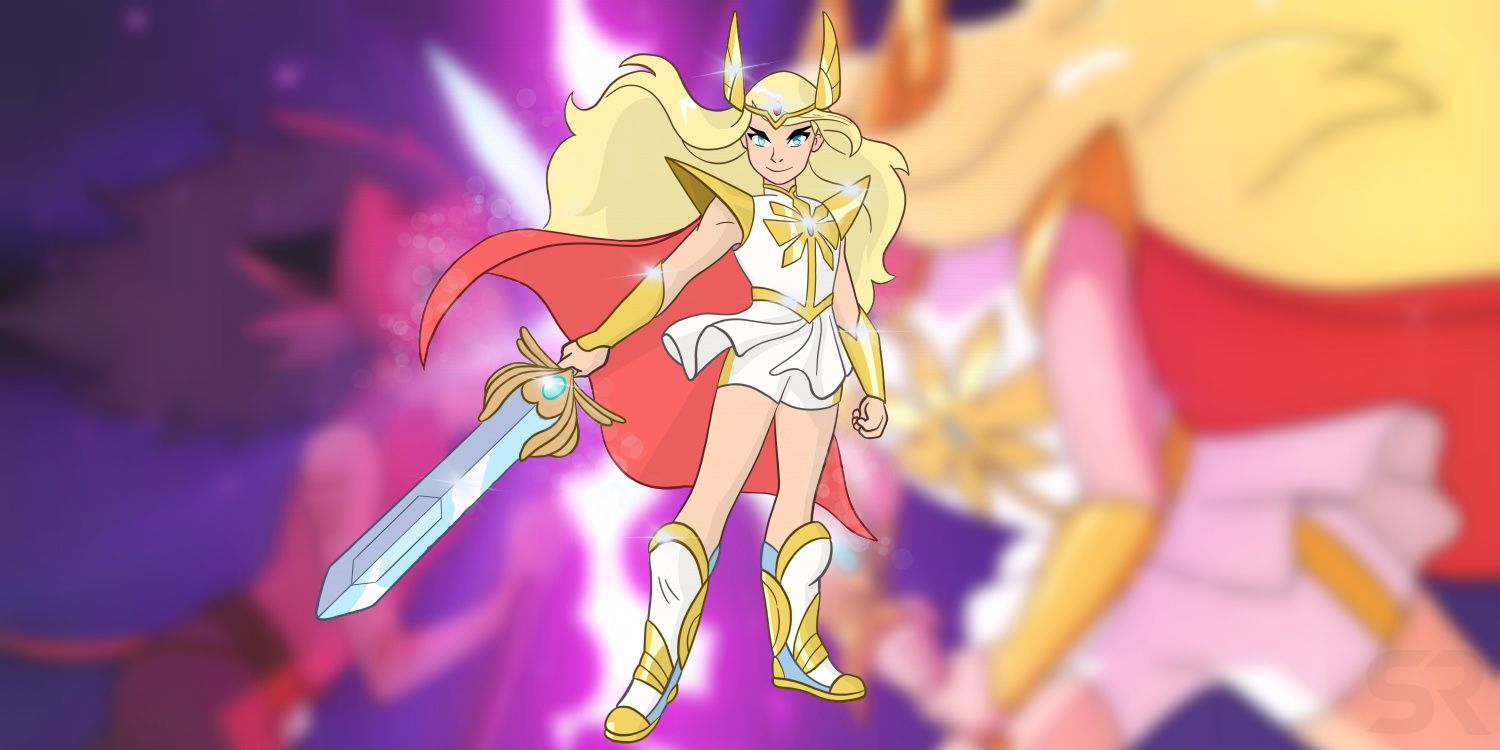 Warning: SPOILERS ahead for She-Ra and the Princesses of Power season 1

Netflix's She-Ra and the Princesses of Power season 2 hasn't officially been ordered - yet - but if it's given the green light, here's when it may release and how it will expand on the story of season 1. In late 2017, Netflix announced its She-Ra reboot, with Eisner Award winning comic artist Noelle Stevenson on board as showrunner. The series reboots the '80s animated character She-Ra, who was introduced to the Masters of the Universe show as He-Man's long lost sister. In Netflix's rebooted series, Adora (Aimee Carrero) gets a far different origin story.

In She-Ra and the Princesses of Power, Adora is a soldier for the evil Horde, raised by Shadow Weaver (Lorraine Toussaint) - Horde leader Hordak's (Keston John) second in command - to become the best of the best. However, while Adora has excelled in Horde training, her foster sister and best friend Catra (AJ Michalka) has struggled under the tutelage of Shadow Weaver. Then, everything changes when Adora stumbles upon a magical sword in the Whispering Woods and unlocks its power to become She-Ra, the Princess of Power. With her friends Glimmer (Karen Fukuhara) and Bow (Marcus Scribner), Adora works to master the powers of She-Ra and unite the princesses of Ethria in order to take on the evil Horde.

Netflix officially renewed She-Ra and the Princesses of Power for season 2 at the same time as the streaming service revealed the sophomore outing's release date. The renewal comes as little surprise since She-Ra season 1 was well received and Netflix does typically renew its fan favorite animated offerings. Both Voltron: Legendary Defender and The Dragon Prince - shows whose fan followings are similar to She-Ra's - were renewed for seasons 8 and 2, respectively, in 2018. Though Voltron has since concluded, Netflix keeps expanding its offerings of animated originals with more She-Ra.

Netflix announced She-Ra and the Princesses of Power season 2 will premiere Friday, April 26. The debut is a little more than five months after the premiere of season 1, indicating work likely began on season 2 shortly after the series' debut (if not even before then). Stevenson told Animation Magazine in 2018 that the show's writers have four arcs of 13 episodes - essentially, four seasons - done. So production is likely moving along steadily on season 2 and perhaps even additional seasons, meaning there could be a similarly short wait between later She-Ra seasons. That is, of course, if Netflix continues to renew She-Ra and the Princesses of Power for more seasons.

What is the Story of She-Ra and the Princesses of Power Season 2?

She-Ra and the Princesses of Power season 1 ends with the Princess Alliance fully formed and having defeated Catra's forces during the battle at Bright Moon. After the first season saw Adora, Glimmer and Bow struggle to unite the princesses, it would make sense that now that the alliance is strong, they'll begin actively working together to lead the rebellion against the Horde. As such, the story of season 2 might look a lot like season 1 episode "No Princess Left Behind" wherein the Princess Alliance went on their first mission. In season 2, though, they'll likely try to liberate and/or protect various villages and kingdoms of Etheria from the Horde's hold.

As for the evil Horde, with Catra promoted to Hordak's second in command - and leading a small team of her own that includes Scorpia (Lauren Ash) and Entrapta (Christine Woods) - she'll no doubt face off with Adora/She-Ra on the battlefield again in season 2, especially with the Whispering Woods no longer protecting Bright Moon. Further, since Catra has let go of her emotional attachment to Adora, it's likely she'll be an even more ruthless foe going forward. Not to mention, Catra will no doubt have more gadgets at her disposal next season with Entrapta part of the Horde's forces.

Lastly, thanks to Scribner accidentally revealing Bow has two dads in She-Ra during the show's New York Comic Con panel - and since they don't appear in season 1 - we can expect to meet Bow's parents in a future episode. How Bow's dads factor into the story or when they'll appear remains to be seen, but a season 2 introduction seems the most likely. So fans can expect plenty more adventure and exploration of the world of Etheria in She-Ra and the Princesses of Power season 2.

Next: She-Ra and the Princesses of Power Season 1 Ending Explained

She-Ra and the Princesses of Power season 1 is now available on Netflix; season 2 premieres Friday April 26.