« Oscars: How To Watch The 2019 Best Picture Nominees
The Punisher Season 3: Showrunner Wants To Include Daredevil & Kingpin »

When To Start Your Avengers: Endgame MCU Rewatch 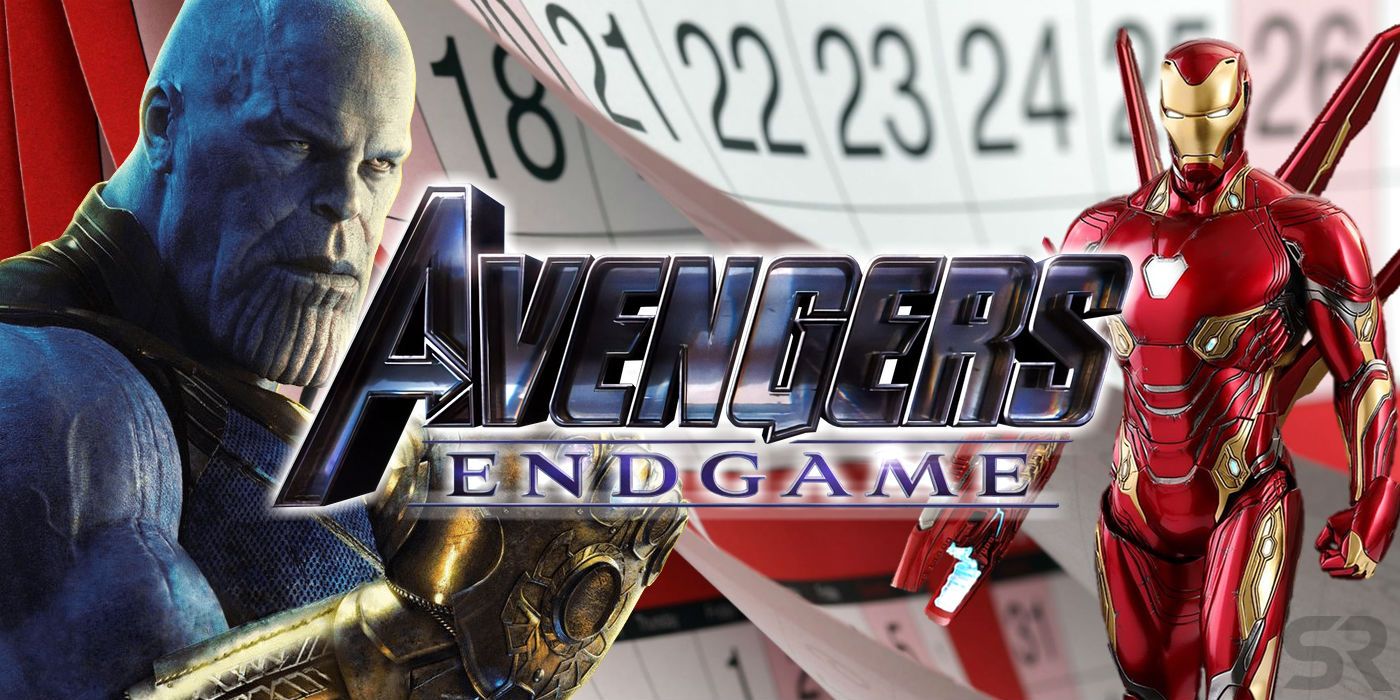 Marvel Studios is set to wrap up 11 years of storytelling later this year with Avengers: Endgame., which means it's time to start a complete Marvel Cinematic Universe rewatch. Avengers: Endgame sees Anthony and Joe Russo return to direct the 22nd MCU installment. It will feature the surviving Avengers trying to undo the Decimation (Thanos' snap) from Avengers: Infinity War, in what may be the final appearance for stars such as Robert Downey Jr. as Iron Man and Chris Evans as Captain America.

Everything from 2008 till now has been building towards Avengers: Endgame and there's plenty of anticipation over how it will serve as the culmination of the entire MCU. It appears Marvel is ready to remind audiences of all the best moments of the MCU, too, thanks to a time-traveling plot at the heart of Avengers: Endgame. With this all but confirmed to be happening, many fans of the MCU are once again planning to rewatch every movie in the shared universe ahead of Avengers: Endgame's release, to familiarize themselves with the vast universe's events.

However, time is already running out and we're less than 100 days away from Avengers: Endgame hitting theaters. It's already too late to start a weekly MCU rewatch, which only requires one film to be watched every week, so what are the alternatives? From here on out, any MCU rewatches will need to take on multiple films a week. Here's a quick rundown of some start dates to keep in mind for a MCU rewatch, depending on the load you want to take on.

Now, it should be noted that not all of these schedules will work with your preferred MCU viewing order. We've previously given our suggestion for the best MCU viewing order on a pre-Avengers: Endgame rewatch, and it's chronological, based on in-universe events. Unfortunately, since Captain Marvel takes place in 1995 and doesn't hit theaters till March 8, this throws a wrench in that viewing order, as it should be the second movie watched. If the chronological viewing order is what you want to do, then the two movies per week schedule is off the table, but all others will still work. As for tackling multiple movies a week, there isn't much of any mandate in terms of what days need to be chosen. This can simply be done based on your individual schedule.

We should also point out that if the marathon option is going to be selected, the start date can be shifted slightly depending on when you plan on seeing Avengers: Endgame. Its official release date is now April 26, but the opening night previews will begin on Thursday, April 25 (and even earlier in some countries). If you plan on going to the preview showings, then the April 4 start date will work, but if you're waiting for the official opening day (or even later in the weekend), then the marathon can wait until April 5/6 to begin. Whatever schedule is chosen, the important thing to remember is that we're rapidly approaching the finish line. It may seem like there's plenty of time to still do an entire MCU rewatch, but the truth is the schedule will become much tighter in just a few weeks. As Avengers: Endgame approaches, keep these dates in mind so you don't miss your chance to complete any watch and stay on target.

MORE: How To Watch Every Single MCU Movie Online