« Mario Tennis Aces Could Add LINK (Which Breaks An Old Franchise Rule)
Star Wars: 25 Things Everyone Gets Wrong About Palpatine » 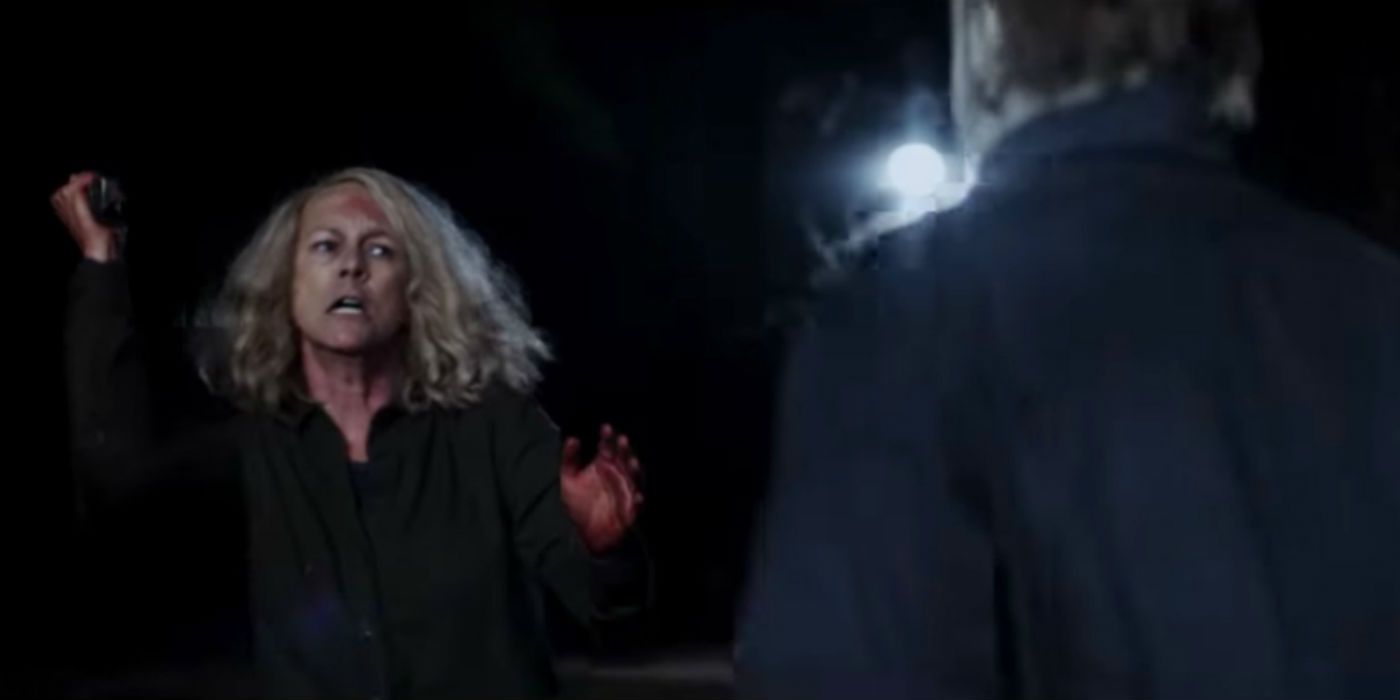 In an exclusive chat, Halloween 2018 producer Ryan Turek explains why the movie’s ending was reshot. Halloween 2018 brought back Jamie Lee Curtis for her fifth time playing the role of Laurie Strode, who has had a bizarre journey through the franchise. In the original, she’s the luckless babysitter who accidentally grabs the attention of serial killer Michael Myers, but the sequel revealed she was actually his sister. While she survived the night, Curtis had no interest in further sequels, so Halloween IV explained the character died offscreen in a car accident.

When the franchise’s 20th anniversary was looming in 1998, Curtis became interested in revisiting the character and spearheaded a new movie. Halloween H20 ignores parts IV to VI and reveals Laurie faked her death and is living in hiding. After 20 years Michael reappears to finish the job, but his sister finally gets the upper hand and kills him. While Curtis wanted this to be the end of the entire series, producers felt otherwise, and Halloween: Resurrection reveals it wasn’t Michael she killed but an innocent man. Laurie is also killed in the film’s opening scene, as Jamie Lee Curtis wanted nothing more to do with the series.

Halloween 2018 decided to untangle the messy timeline of past sequels by ignoring them and acts as a standalone follow-up to the 1978 Halloween. The original climax of the film featured Michael and Laurie getting into a vicious knife fight, ending with Michael badly wounding her. Laurie’s daughter Karen then shoots Michael with a crossbow and he wanders off as the family escape, with the implication being that he dies. Talking with Screen Rant, producer Ryan Turek explains why the ending was ultimately reshot.

I think we went with the ending that fulfilled that promise of you're going to see three generations of Strodes vs. Michael Myers. That's what I'll say. I think what we ultimately went with delivered more of what you want to see on both a cat-and-mouse, stalk-and-kill level as well as emotionally fulfilling a lot of the character arcs we set up for Judy Greer's character and Laurie and Allyson.

The reshot ending reveals Laurie’s house was really designed to trap Michael, and after he’s thrown into the basement, she sets it on fire and escapes with her daughter and granddaughter. It’s a rousing, crowd-pleasing finale that manages to give the characters closure - but also leaves wiggle room for Michael’s survival. The original ending of Halloween 2018 strongly implied the deaths of both Laurie and Michael Myers and sounds like it would have been a more somber finale.

While it could have worked as an ending, it lacks the emotional payoff of the film’s current finale. Given the mostly positive reviews and strong box office the movie has received, it appears the filmmakers made the right call. Halloween 2018 co-writer Danny McBride recently confirmed sequel discussions are already taking place, so it probably won’t be too long until Michael’s next night of terror.

Halloween 2018 is available on home video from January 15.