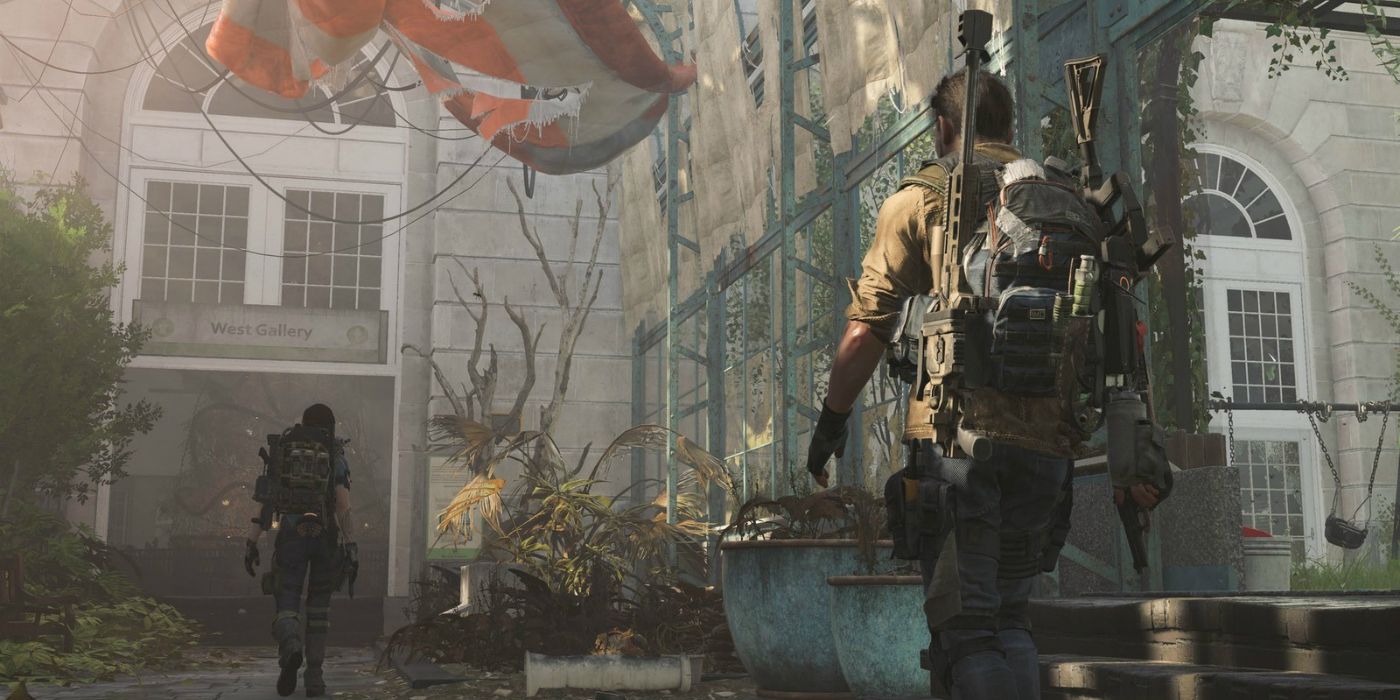 Tom Clancy's The Division 2 will feature a smaller number of players in each of its PvP Dark Zone instances, along with smaller Dark Zone maps than the ones featured in the original Division. The reasoning behind this change, however, suggests that Ubisoft and developer Massive Entertainment have learned from the flaws of The Division 2's predecessor and is prepared to implement some clever fixes to improve the gameplay experience of its players.

The Division 2 looks to build upon the foundation of the original Division, which featured a number of inspired gameplay elements before its playerbase began to disperse due to a lack of end-game content. As that game's life cycle went on, the veterans who had remained with it noted that it had improved significantly, causing many to hope that The Division 2 can finally fulfill the potential that the series had in its first installment. The Division 2 doesn't release until mid-March this year, but Ubisoft has been liberal with its release of development news, and fans have had a number of questions as a result.

In the most recent Intelligence Annex from Ubisoft, the publisher detailed what players can expect from The Division 2's take on Dark Zones, the maps designed for PvP play. The most important information released in the update is that the Dark Zones will be scaled back significantly in The Division 2. The players per Dark Zone map will be cut in half to 12, while the three Dark Zone maps combined would only cover about two-thirds of the size of the first iteration's only Dark Zone instance. Here's an illustration of where the three zones line up on the game's world map:

The reasoning behind the decision to cut the size of each Dark Zone is actually fairly ingenious, however. Ubisoft stated in the update that shrinking the size of the zones down has created a much more dynamic Dark Zone, where players will need to be significantly more aware of their surroundings to survive. While there will be less players per map, the density of each map works out so that they will see each other more frequently. The Dark Zone in The Division was notable for being pretty lonely at times, with a lot of ground to cover and very few skirmishes to be had outside of the main chokepoints on the map.

Ubisoft will also employ a number of quality-of-life fixes to Dark Zone gameplay on top of the major changes to scaling. The Division 2 will feature normalization, which is meant to reduce the discrepancies in equipment between new players and veterans. Contaminated gear will also roll stats based on the power level of the player who successfully extracts them, meaning there will be more gearing opportunities that will be relevant to a player's level as they progress through Dark Zone gameplay.

While players will have to see if Ubisoft's theory holds up when it is put into widespread practice, the update on Dark Zones is another encouraging sign that the company will be paying close attention to some of the more neglected elements of the original Division. The Division 2 has a lot going for it, including free DLC and reduced expectations given its predecessors lukewarm reception. Ubisoft may be able to capitalize on that despite competition from games like Anthem and the ever-present Destiny 2 when The Division 2 releases on March 15, 2019.

More: The Division 2 on PC Releasing on Epic Store Instead of Steam, Specs Revealed

This entry was posted by Screen Rant on January 22, 2019 at 10:01 am, and is filed under TV News. Follow any responses to this post through RSS 2.0. You can skip to the end and leave a response. Pinging is currently not allowed.