YIIK: A Post-Modern RPG Review – The Novelty Gets Old Fast 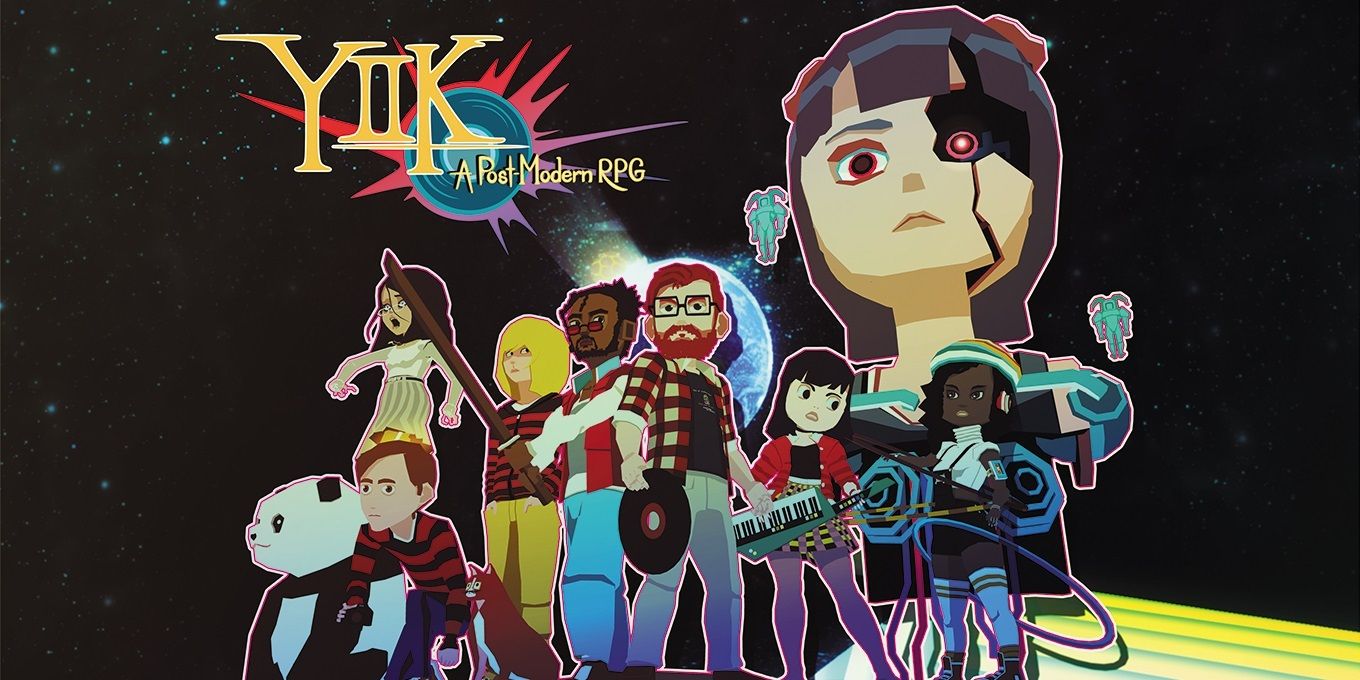 The times leading up to the new millennium were rife with confusion. People across the United States and the world at large believed that the internet would crash because programs wouldn't be able to distinguish between the year 1900 and the year 2000. This "Y2K problem" was of course only postulation, but it didn't stop the world from plunging into chaos (or more accurately, dipping its feet in the shallow end). Ackk Studios' YIIK: A Post-Modern RPG embraces this chaos; a JRPG that follows a protagonist unsure of his destiny, a destiny that becomes intertwined with that of his small town.

YIIK is immediately reminiscent of some of the great RPGs of the time period from which it drew inspiration. Earthbound is a striking influence, from broader gameplay elements to specific character designs that are eerily similar to Starmen. YIIK's overall aesthetic takes a different approach, however, with well-rendered 3-D models that present in a pixelated-3D style. It's this sort of combination of the new and the old that give meaning to the "post-modern" aspect of the title's name. From both a gameplay and narrative standpoint, YIIK attempts to fluidly blend references to 90s popculture (the protagonist's house is practically a carbon copy of the Full House set) with modern flair. Unfortunately, the result is an interesting story muddled by poor design choices and overwritten dialogue.

YIIK follows Alex, a young man who recently graduated college and moved back to his home town to live with his mom. He's directionless and initially relatable, despite his pessimistic attitude. His situation is one many college grads can empathize with, even more so if they experienced their early 20s in the late 90s. Of course his plot in life is a metaphor to the larger plot of the game and the world: are we meant to live in a limbo-like state of disillusionment and disappointment? The game alludes to these heavier and interesting themes, but always in overt and often embarrassingly cliche ways. Characters will outright talk about their feelings regarding the economy, race and class, and feminism. It's a bold attempt to share some forward-thinking ideas, but comes across as clawing and uninformed.

YIIK's dialogue isn't always droll and meta. There's occasional a funny joke or reference or distinct insight relating the 90s to more current events. But the game just features so much dialogue that its like wading through a massive dungeon to find a few decent bits of humor. The fully-voiced narration and conversations are sprinkled with good performances, though for the large part the acting is uninspired. Alex's inner monologues are far too frequent to ever be fun or insightful, and range from banal to terribly overwritten. They're wrought with metaphors and pseudo-philosophy. Thankfully the game allows players to skip dialogue; more often than not, it's recommended you do.

YIIK's world is fully-realized and should be a joy to explore. The town of Frankton feels like a blend of Onett from Earthbound and the titular town from Twin Peaks. The Pacific-Northwest's lush forests and connection to the occult appear to be a major influence on the story. But everything from moving about the hub-world, to navigating the menus, to leveling up, slows the story down drastically and makes exploring feel like a chore. The initial premise of the game's story does not outshine the lack of polish the rest of the game presents.

And the story is interesting: Alex returns home only to meet a mysterious girl at an abandoned factory. Their encounter is brief; during an elevator ride, she is abducted by strange ethereal beings without explanation. This event is recorded and uploaded to an internet site called ONISM, leading Alex to take on the case of her disappearance with the help of some newly-found friends. There are elements of creepypasta and horror podcasts that feel reinvigorated in RPG form, but the excitement quickly wears off after the story loses momentum.

Part of this shift in momentum from high-gear to slog is due to the frustratingly slow combat. Modeled after the best the genre has to offer, the turn-based combat has strong ideas that are executed poorly. Instead of using a sword to attack, Alex favors his trusty record collection. Other party companions use keytars, cameras, and various hipster paraphernalia. To attack, the player must hit the record at the right time (chaining together multiple hits results in a higher-damaging combo). Companions' attacks and dodging work similarly, involving precise button pressing to deal damage or avoid damage respectively.

The combat interface is familiar to any and all RPG fans, but even the most experienced of them won't appreciate YIIK's monotony. Battles against low level enemies like rats and skulls take upwards of 10 minutes, with player attacks dealing minuscule damage. Even special abilities barely seem to do anything against the easiest of grunts, and inversely their attacks can take away a 3rd of a health bar if dodged incorrectly. With no way to skip the minigames involved with each turn of combat, the fights drag on, especially due to an early lack of variety (from both heroes and enemies).

YIIK confusingly doesn't explain how to level up until the first chapter of the game is complete. Only then is the Mind Dungeon introduced, a new, if unnecessary way to trade EXP for abilities and stat increases. It can only be accessed at various save points (via telephone) and takes time to navigate that could otherwise be spent forwarding the story. It's one of many additional ways the game takes too long to tell its tale.

There's a lot to love in YIIK's presentation from the graphics to eclectic music from creators such as Toby Fox of Undertale fame. It presents a fun, podcast-ready story in a distinct world parallel to our own. But the game asks players to take breaks too often from the natural flow. Between constantly listening to Alex's sophomoric musings on life to repeating attack after attack on a smiley-faced monster, the 24-hour game feels a lot longer. If a player can bite the proverbial bullet, deal with the game's many flaws, and play that long, perhaps the tale of woe, confusion, and change is worth it.

YIIK: A Post-Modern RPG is available now on Nintendo Switch, PS4, PSVita, and Steam for $19.99. Screen Rant received a PS4 copy for purposes of this review.