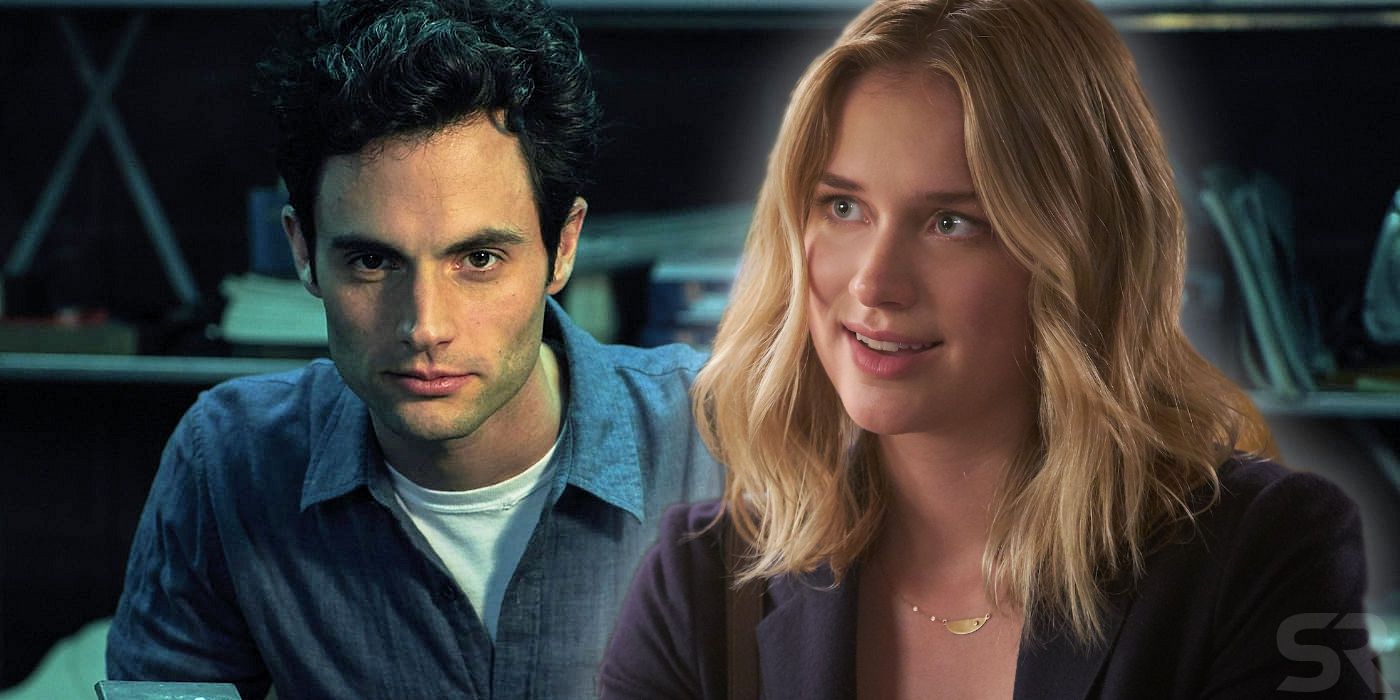 Netflix's YOU season 1 ending closes the door on one story and opens a door for season 2 to take the series in an all-new direction. YOU season 1 wasn't particularly successful when it first aired on Lifetime, which is why it was initially canceled, but when the series - which is based on Caroline Kepnes' novel of the same name - was picked up by Netflix, it found new life. Now, YOU is one of Netflix's most-watched shows in recent memory.

YOU season 1 saw plenty of twists and turns, all of which were leading up to the tumultuous climax in which Beck sees Joe for who he really is, and Joe is forced to take strong measures to make sure she doesn't tell the world. Indeed, YOU season 1's final episode with Beck trapped in the bookstore certainly provides the intense finale the season had been building to.

Related: Netflix's You: What We Want To See In Season 2

But even though Joe believes he's gotten away with everything, and cleaned up all the loose ends, there are still some threads dangling. There are also some ghosts that are sure to haunt him, not least of which is Candace, his mysterious ex-girlfriend who everyone was the under the impression had been killed by Joe. Seeing as Candace just stroll's into Mooney's bookstore on the launch of Beck's new book, thus surprising everyone, especially Joe, YOU season 2 is shaping up to be quite an interesting ride.

What Happened In YOU Season 1's Ending

Everything goes a bit topsy-turvy for Joe in YOU season 1's ending; Beck discovers Joe's stash of objects he was keeping in his bathroom, thus revealing her old broken phone, Benji's phone, some stuff that'd gone missing from the apartment, and the teeth from Benji's body. Horrified, she tries to make a break for it, but Joe ambushes her, which forces him to knock her out and restrain her.

Beck wakes up in the airtight plastic cage that's used for storing old, precious books in Mooney's' basement. She and Joe have a back-and-forth, but when she realizes arguing won't get her anywhere, she concedes to Joe's wishes and lives peacefully, writing a piece about her personal struggles on the typewriter he left for her. As things between the two gradually pacify, Beck is able to trick Joe and make a break for it. She gets as far as the locked mesh door, out of the basement and into the main shop, where she meets Paco. She pleads with Paco to help, but since Joe killed his mom's abusive boyfriend, Paco decides to leave, which lets Joe recapture and kill Beck.

YOU season 1 ends months later with Joe having taken all of Beck's available manuscripts and compiled them into a posthumous book that looks set to become a best-seller. He believes he's gotten away with everything, having planted evidence in Dr. Nicky's yard to frame him for the murders, and believing he's made Beck's dream come true by doing her a favor. Then Candace walks in, answering Joe's shocked stare with a demand to talk - and that changes everything for Joe.

Did Joe Try To Murder Candace?

YOU season 1 is ambiguous about what happened to Candace, though it leans heavily towards Joe killing her. Audiences first hear about Joe and Candace having an eventful relationship from Candace's friend at Peach's party early in season 1. Candace is then regularly revisited in the form of dream sequences and flashbacks, showing that she and Joe, while happy for a time, weren't good for each other. She had cheated on him, and from there it's implied he snapped and killed her, then fabricating an Instagram account he kept updated with pictures of her traveling Europe to make it look like she just disappeared on everyone.

But Candace's arrival in YOU season 1's ending obviously quashes any belief that she's dead, not least from Joe, who immediately tells her she's supposed to be dead when they meet, to which she replies that they have unfinished business. Of course, it's possible he did try and actually kill her, but failed without knowing, which would've allowed her to slowly recuperate, but that doesn't necessarily fit with the Joe audiences see through-out YOU season 1. He's quite methodical and is prone to outbursts when he's built up enough anger inside. He keeps himself well covered with alibis as well, thanks to Mooney, the owner of the bookstore, teaching him the art of covering his tracks. If he failed to murder Candace, that would be an egregious error on his part.

What also feels plausible is that Candace outsmarted him, and the two reached an agreement that she would leave if Joe did something for her. With all the hubbub around Beck hitting the news, it's theoretically possible that Candace comes back not liking all this noise around their contract, and she's here to watch over (and perhaps extort) Joe for a little while. Since Candace's entrance in YOU season 1's ending is the cliffhanger bombshell for season 2, it seems that the writers and producers are waiting to show all their cards.

Who Will (And Won't) Matter In YOU Season 2

YOU season 2 is making the jump to Los Angeles, thus bringing a new setting, as well as a new set of characters and ideas, but audiences can expect several of the supporting cast from season 1 to be involved in some way, shape, or form. Blythe and Ethan will be there, with Ethan possibly getting a promotion to manager of the New York store while Joe's away in LA. They're relatively harmless to Joe's intentions, as neither of them have been too inquisitive about his behavior. And unless Joe's left something out in the basement, they'll continue to be charming set-dressings.

Similarly, Beck's friends, Annika and Lynn, are inconsequential for now. They have no real reason to be around Joe, other than if it's for publicity, and they were characterized as shallow friends who'll leave Peach and Beck behind without much thought. The private investigator Peach's family hired is a different story, however. The PI doesn't believe for a second that all this death and devastation happening around Joe is a coincidence. Bankrolled by a wealthy family that is still reeling from the apparent suicide of their well-to-do daughter, the PI isn't going to be easy to outwit, especially since he's cynical of Joe. Joe's jar of urine from left in Peach's house is sure to come up, and the arc of YOU season 2 will probably be Joe and the PI in a battle of wits, with Dr. Nicky's conviction in the balance.

The promiscuous therapist has been wrongfully convicted of a set of heinous crimes, and Joe has ensured the evidence against him is quite strong; it's a powerful setup for the overarching drama and one that may linger over Joe's head unless Dr. Nicky goes to prison for good. Of course, there's no doubt that wherever Joe goes bodies will follow, and more bodies means more places for Joe to make a mistake and bring unwanted attention, thus further adding credence to Dr. Nicky's claims that he's innocent. The DNA from the jar of urine may well be only the start of Joe's troubles in keeping his name clear of those murders. Seeing as YOU season 2 is switching locations to Los Angeles, it seems part of Joe's plan to remain "innocent" is to simply move on.

Then again, Joe is not quite as airtight of a killer as the likes of Hannibal or Dexter, seeing as he's mostly gotten by on the incompetence of his victims (and their family and friends) on more than one occasion. If he wants the mounting skeletons in his basement to stay out of prying eyes (and to possibly grow as time goes on), then he may need to step up his game, something that may be difficult with a scorned ex-girlfriend in the mix. YOU season 1's ending has set up a fascinating, social-media-savvy look at how a sociopathic serial killer can exist in plain sight, and it'll be interesting to see where YOU season 2 goes from here.

More: What To Expect From YOU Season 2