« 20 Things Fans Completely Missed In The Punisher Season 2
Bird Box Pitch Meeting: The Blind Side Of The Apocalypse » 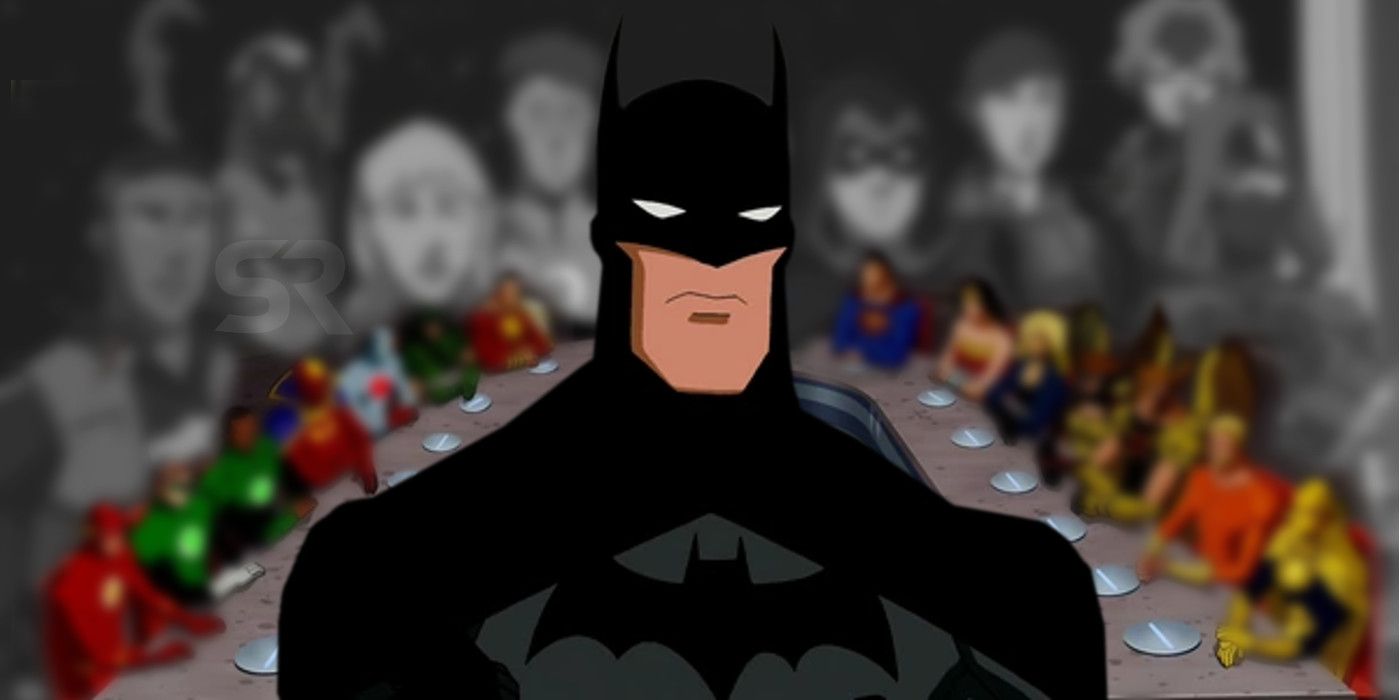 The truth behind Batman's secret new team on Young Justice: Outsiders has been revealed. It's hardly surprising that the Dark Knight Detective would organize a conspiracy of plans within plans. What is surprising, however, is just how far reaching those plans are and who Batman has convinced to work with him in bringing those plans to fruition.

The season 3 premiere of Young Justice opened with a revolutionary change to the status quo of the Justice League. Citing dissatisfaction with the team's ability to operate in the face of a series of new regulations which limited when and where the Justice League could act to help people, Batman tendered his resignation. He was quickly followed by Green Arrow, Plastic Man and a half-dozen other heroes.

Little was said about what Batman and the other heroes who had quit the Justice League were up to in the following episodes. Batman approached Black Lightning (who had also quit the team, for unrelated reasons) and tried to recruit him, but Jefferson Pierce wanted no part of what he sarcastically dubbed "Batman Incorporated." We also heard one-half of a phone conversation between Robin and Wonder Girl, who were arguing about how Robin was keeping secrets regarding his vigilante activities from his girlfriend.

Precisely what Batman and some of the resigned League members have been doing was revealed in "Triptych" - the eighth episode of the new season of Young Justice. The episode detailed three separate stories involving three separate teams. In the first, Nightwing told Oracle about his team of Outsiders stopping a robbery at STAR Labs' Detroit facility. In the second, Robin reported to Batman about how he and his team of teen vigilantes investigated reports that The Mad Hatter was experimenting on people. The third and final segment saw Aquaman and Miss Martian speaking to Wonder Woman about the Justice League's efforts to thwart an attempt to help two metahuman prisoners escape from custody.

The end of episode 8 revealed that all of these heroes were in the Batcave, save for Wonder Woman, who was teleconferencing from deep space. Then came the revelation that Batman and the other heroes quitting the Justice League en masse was a ruse, meant to convince the world at large that the Justice League was weakened and the superheroes of Earth disorganized. The truth is that the Justice League has now been broken into six separate teams, all coordinating in secret through their leaders reporting to Oracle. In this, Batman hoped to better counter the tactics of the villainous group The Light, which was made up of seven supervillains secretly working in concert while pretending to act independently.

Naturally Wonder Woman is ill-pleased at this subterfuge and asks why they cannot inform the rest of their teams that they have compartmentalized for greater efficiency. Batman responds that the more publicly available heroes need plausible deniability if the covert heroes are exposed and asks Wonder Woman if she expects Superman to lie under oath if he is asked about what Batman is doing in secret. Wonder Woman then asks the rest of the heroes assembled if they are prepared to keep lying to their teammates to make this plan work. The uncomfortable silence which follows speaks volumes and promises more conflict between our heroes as the new season of Young Justice: Outsiders continues.