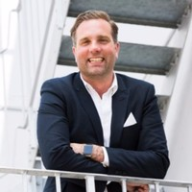 0
by TVandMovieNews
After the death of her private detective father, Eliza Scarlet (Kate Phillips) is helped by Detective Inspector William "The Duke" Wellington (Stuart Martin) as she takes over her father's detective agency in this series set in Victorian London. [Premiered originally in the UK on Alibi on 31 Mar 2020 under the name Miss Scarlet and The Duke]

0
by TVandMovieNews
Leanne returns to Dorothy and Sean's in the second season of the M. Night Shyamalan thriller.

0
by TVandMovieNews
Dr. Martin Luther King Jr. is remembered today as an American hero: a bridge-builder, a shrewd political tactician, and a moral leader. Yet throughout his history-altering political career, he was often treated by U.S. intelligence and law enforcement agencies like an enemy of the state. In this virtuosic documentary, award-winning editor and director Sam Pollard (Editor, 4 LITTLE GIRLS, MO’ BETTER BLUES; Director/Producer, EYEZ ON THE PRIZE, SAMMY DAVIS, JR.: I’VE GOTTA BE ME) lays out a detailed account of the FBI surveillance that dogged King’s activism throughout the ’50s and ’60s, fueled by the racist and red-baiting paranoia of J. Edgar Hoover. In crafting a rich archival tapestry, featuring some revelatory restored footage of King, Pollard urges us to remember that true American progress is always hard-won.

0
by TVandMovieNews
Hardened Arizona rancher Jim Hanson (Liam Neeson) simply wants to be left alone as he fends off eviction notices and tries to make a living on an isolated stretch of borderland. But everything changes when Hanson, an ex-Marine sharpshooter, witnesses 11-year-old migrant Miguel (Jacob Perez) fleeing with his mother Rosa (Teresa Ruiz) from drug cartel assassins led by the ruthless Mauricio (Juan Pablo Raba). After being caught in a shoot-out, a dying Rosa begs Jim to take her son to safety to her family in Chicago. Defying her cop daughter Sarah (Katheryn Winnick), Jim sneaks Miguel out of the local U.S. Customs and Border Patrol station and together, they hit the road with the group of killers in pursuit. Jim and Miguel slowly begin to overcome their differences and begin to forge an unlikely friendship, while Mauricio and his fellow assassins blaze a cold-blooded trail, hot on their heels. When they finally meet on a Midwestern farm, a fight to the death ensues as Jim uses his military skills and code of honor to defend the boy he's come to love.

0
by TVandMovieNews
As WWII looms, a wealthy widow (Carey Mulligan) hires an amateur archaeologist (Ralph Fiennes) to excavate the burial mounds on her estate. When they make a historic discovery, the echoes of Britain's past resonate in the face of its uncertain future‎. [Netflix]