A Discovery of Witches Review: This Supernatural Romance Is Almost Bewitching 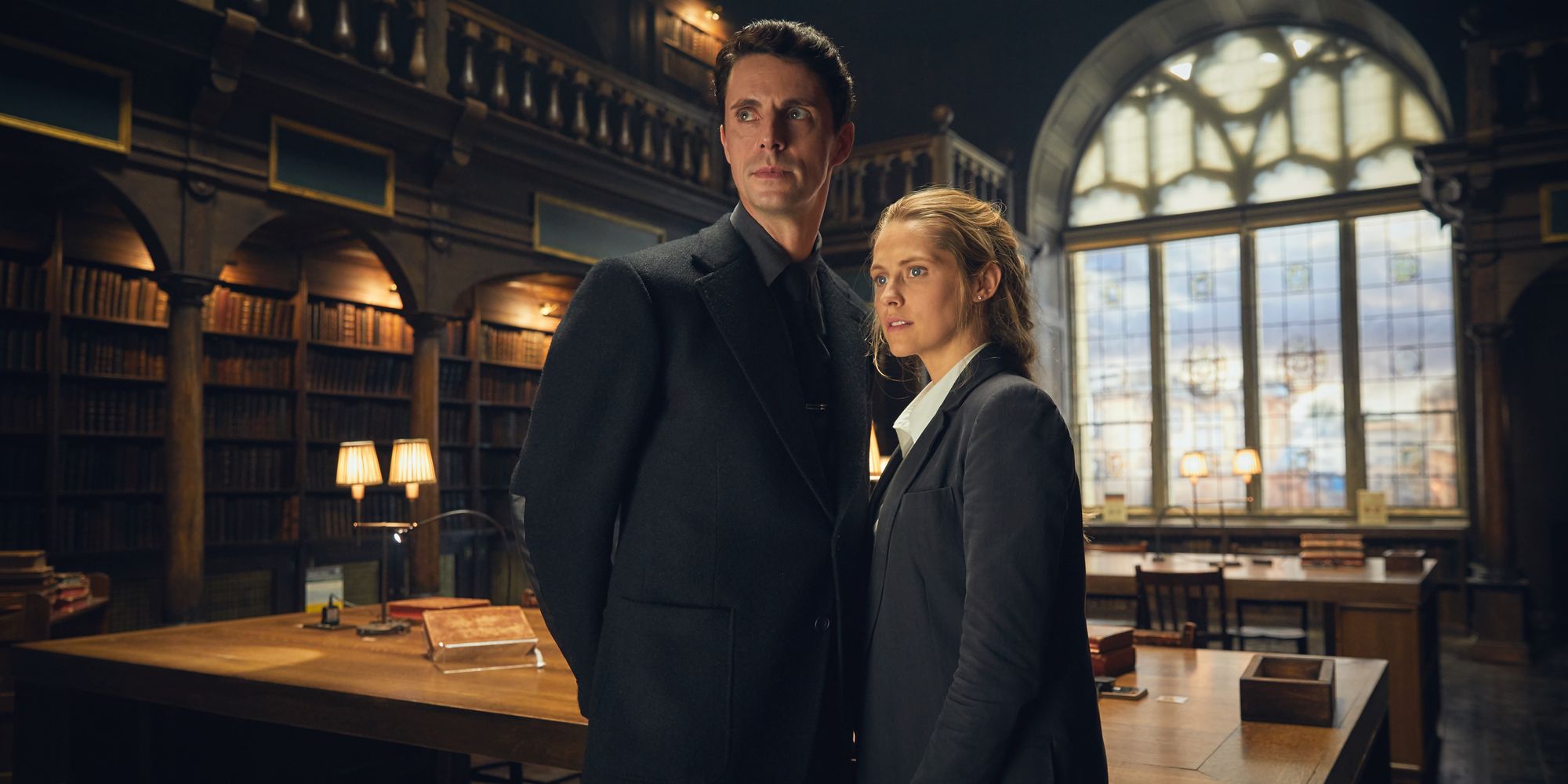 The UK adaptation of the All Souls trilogy by Deborah Harkness, A Discovery of Witches, makes its way to North American audiences thanks to two unlikely sources, Sundance Now and the AMC-owned horror streaming service, Shudder. The series’ placement with those outlets may well be what they both need to secure additional subscribers, as this picturesque supernatural romance dabbles in any number of genre trappings, seemingly at will, harkening back to everything from Twilight to True Blood to the time-travel romance of Diana Gabaldon’s Outlander. Though it’s filled with outrageously handsome vampires, attractive witches, and the occasional demon, it’s the latter series that A Discovery of Witches not only most resembles, but appears to want to duplicate the success of. Considering Sky, the channel on which it airs in the UK, has already made an order for two more seasons, it’s safe to say that level of success is well within grasp.

Though it professes to be about the search for an ancient manuscript known as Ashmole 782, which has been missing and sought by a variety of supernatural beings for centuries now, A Discovery of Witches soon situates itself in the midst of an illicit love affair between two star-crossed individuals: Matthew Goode’s ancient aristocratic vampire turned biochemist Matthew Clairmont, and Teresa Palmer’s reluctant witch and historian Diana Bishop. And while the series once again imagines vampires as the ideal lover (a man who’s had centuries to sand away all those annoying rough edges) there’s enough of a underlying mystery layered within so many oft-recurring themes that it nevertheless makes for a watchable cheesefest.

To the credit of writer and executive producer Kate Brooks, A Discovery of Witches gets over the initial hurdle of establishing its plot and its cast of characters by doing away with the usual lengthy backstory or introduction and instead gets right to the business at hand. That business revolves around the aforementioned Ashmole 782, an alchemy text that may hold the secrets to the origins of the vampires and the answers to why those who classify as supernatural are seeing their once incredible powers dwindle to the point of raising serious concern. That as much is made clear when Marcus (Edward Bluemel), a close acquaintance of Matthew, fails to turn a fatally injured friend into a vampire in order to save his life. Like True Blood and so many other vampire-centric stories before it, the allure of vampirism is paradoxically live-giving and life-ending at the same time. But as the powers of the vampires continue to wane, concern for the future of the species begins to grow.

There’s conflict enough in that premise, though it’s one that isn’t necessarily given additional weight by the no-no that is Matthew and Diana’s soon-to-be romance. Instead, there’s a sense that the story is really two supernatural tales pushed together to cover all its genre bases and keep audiences watching on the basis that if you aren’t invested in what’s happening on screen at one moment just wait, A Discovery of Witches will become something else in just a few minutes. And while it does feel at times as though the show is being a tad fickle with regard to what it wants to be about, it at least doesn’t overextend itself too early on.

Though Matthew and Diana’s romance is a foregone conclusion from the start, the first episode takes its time bringing them together and using Matthew’s concerns over the elusive text as the driving force behind his frequent, burgeoning on creepy surprise visits to the historian and apparent sole living being who can conjure up the book he’s not-quite dying to read. The delayed gratification of seeing these two attractive supernatural beings get together is supplemented by the beauty of the series’ various locales, like Oxford and Venice, which are made more lush by the moody but warm cinematography. The pleasure derived from its settings only lasts for the so long, however, as the story necessitates a gradual increase in depictions of supernatural powers — witches encase people in rings of fire, vampires do their bloody vampire thing, etc. — the emphasis on which seems to have a slightly detrimental effect on the series’ overall composition.

Whereas Palmer is a little flat but otherwise fine, A Discovery of Witches hinges on the appeal and performance of Goode, who seems genetically engineered to play an ageless aristocrat. Goode isn’t alone, however, as the series also sports a number of entertaining supporting players, like occasional Doctor Who player Alex Kingston as Diana’s aunt Sarah, and Game of Thrones baddie Owen Teale as Peter Knox, a fellow witch with designs on Diana and Ashmole 782. These supporting characters become more interesting the more they’re allowed to let loose with some of the series’ more risible depictions of supernatural action, lending the story some necessary energy (and maybe some inadvertent laughs) during its slightly saggy middle section.

In the end, A Discovery of Witches is a mostly worthwhile addition to the seemingly endless parade of genre book adaptations that make for an entertaining, if not entirely satisfying binge-watch.

A Discovery of Witches season 1 is currently available on Sundance Now and Shudder.