« Jon Snow’s Parentage May Not Be Important To Game of Thrones Season 8
Star Wars: 10 Unused Characters Who Would’ve Made Solo Better » 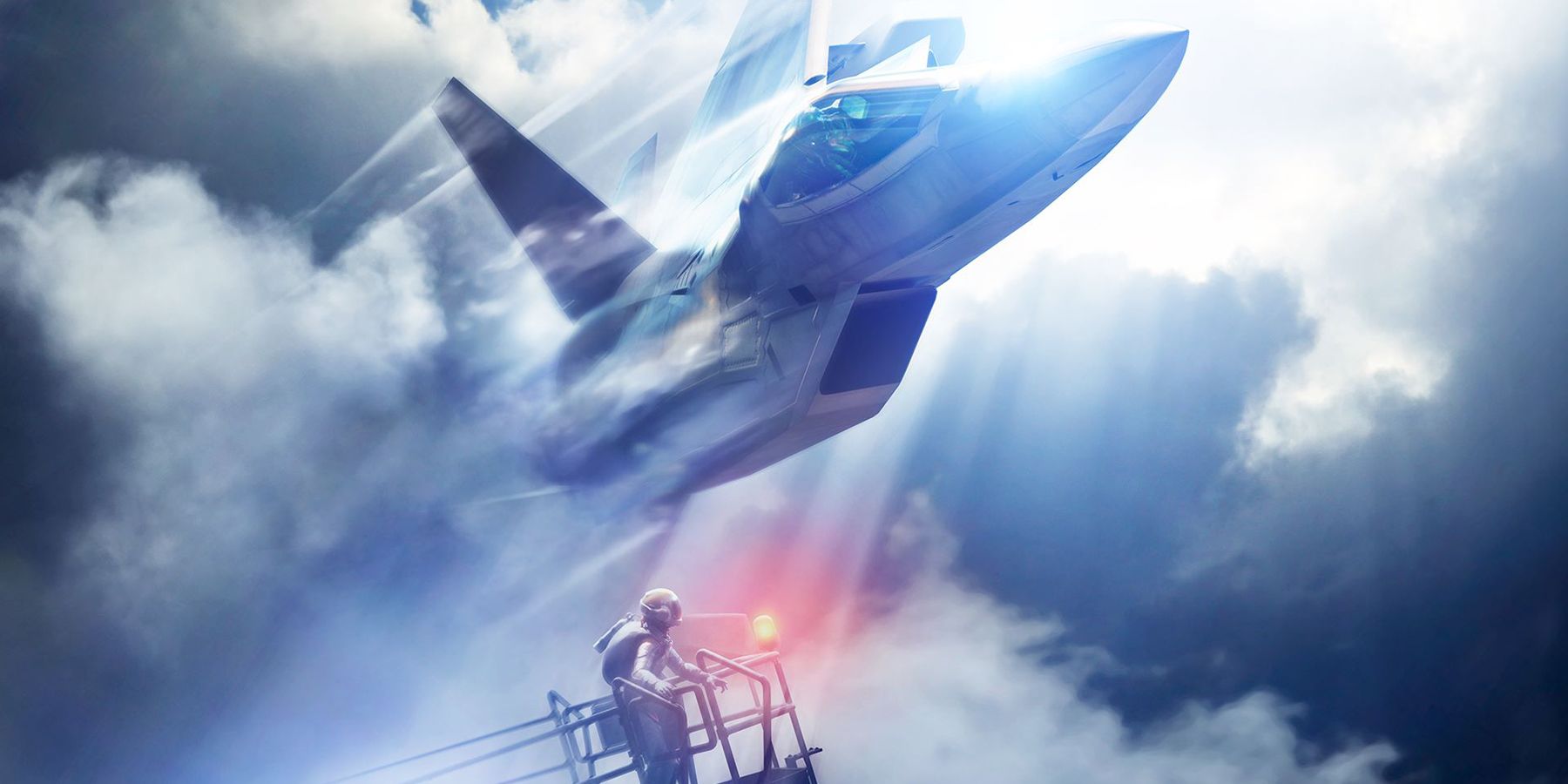 It's been a long time coming, but Ace Combat 7: Skies Unknown has finally arrived. Bandai Namco's combat flight series was once one of the mainstays of gaming, starting with the initial release of Ace Combat back in 1995, and finally a seventh iteration of the main series is here. Thankfully, the wait has been worth it.

Rather than changing up the formula, Ace Combat proper is back with Ace Combat 7. The series spent a few years in the wilderness (since 2007's Ace Combat 6: Fires of Liberation) spending time experimenting with the brand, but Ace Combat 7 definitely brings back the franchise's tone with pinpoint accuracy. For the most part, this is a very good thing.

Related: The Most Anticipated Video Games of 2019

Quite simply, the quality of Ace Combat 7 is clear for all to see. From the lovely visual effects when flying through cloud cover to the fluid weaving of aerial combat, there's a level of sheen on this game that really makes it feel special. All in all, it's obvious why there has been a PlayStation VR element to its development, as it's exactly the kind of experience that VR was built for.

Gameplay-wise, Ace Combat 7: Skies Unknown is a joy. It's a complex title (don't expect to be an expert because you've done a bit of flying in games like Battlefield), and new players may want to take a little time to find their feet, but in general the learning curve is intuitive. Meanwhile, those who have played the series before will know what they are getting themselves in for.

Every aspect of the combat in Ace Combat 7 feels thrilling. Even the more defensive actions, such as bearing down on ground positions to take out anti-aircraft defenses, are truly exciting, as the player takes out SAMs before soaring away through explosions and smoke. If you ever wanted to feel like a pilot in Top Gun, this is your perfect chance.

The real quality in Ace Combat 7 is the dogfighting. Although it is sometimes straightforward to lock onto enemies for a quick victory, the real fun comes from the cat-and-mouse challenge of hunting down other planes. Going on the offensive is an absolute joy, but when the tide is turned there is a real thrill to hiding in the clouds and outmanoeuvring the opposition in order to get into a better position, skipping around locked-on missiles and firing back when possible.

Something that intensifies the whole experience is Act Combat 7's flair for the theatrical. The game's phenomenal music score makes every mission feel like a dramatic climax in its own right, full of orchestral moments that perfectly suit the soaring nature of the gameplay. There's a sense of importance to the game that carries even its sillier moments.

Within the game's campaign there's plenty of variety to be found across the assorted missions. Not everything is a dogfight, with bombardments, support, and rescue missions. There are even a few stealth sections, which feel quite strange in a game predominantly about speed, but are generally fine in small doses.

That said, some of the choices made do not always work, although that's less to do with risk and more to do with antiquated aspects of design. In particular, missions that give players a time limit to reach an arbitrary number of points are never fun in this day and age, and that's the case in Ace Combat 7 as well. However, the levels that include sections that revolve around protecting another aircraft actually work here, meaning that Ace Combat 7 achieves the rare thing of making escort missions fun.

There is a larger plot that the campaign revolves around, and this story is full of twists and turns. After a few missions, the player is thrown into a Dirty Dozen-esque team of convicts, a group of skilled pilots who are now used as expendable fodder due to their rare situation of both being superb fighter pilots as well as convicted criminals.

It's something of a ridiculous premise, and is handled in an extremely dramatic way, but when put together it generally works quite well. This is then all wrapped up in a return to Ace Combat's long-running fictional world at war, and the intricacies of this are the predominant focus of the plot as a whole. Along the way, there are some fantastic set pieces to contend with, and the tension is amped up nicely.

Equally, there are hints at larger themes too, to mixed success. Ace Combat 7 very briefly talks about the ethicality of using criminals in a bloody war, and there are even some discussions about the use of drones in warfare. However, the game never really delves deep into any of these heavy subjects, instead turning focus back to personal melodrama and a high-level look at the conflict in general.

This is one of the elements of awkwardness that can be found in Ace Combat 7 - a flair of the theatrical stapled onto a serious simulation. When it comes to pure gameplay, there is no dissonance to be found between these two points, combining dramatic scenes and settings with technically wonderful gameplay. However, in areas such as the plot, there are moments that feel either a little bit jarring or that potential might have been wasted.

Another example of this that feels a bit out of place is the upgrades system. When it comes to the gameplay, it's a lot of fun to boost your hangar with new planes and upgrades, and it links up well with the enjoyable, if limited, multiplayer. However, it doesn't truly feel in-keeping with the serious nature of some other aspects of the game, particularly when it comes to trying to make the player care about the plot.

If these elements can be overlooked, though, it's hard to fault Ace Combat 7 at all. The aerial dogfights are the best that this generation has seen, and the individual missions will last long in the memory of those that play it. Players hunting for some extremely engaging gameplay should look no further than Ace Combat 7.

Ace Combat 7: Skies Unknown is out now for PS4 and Xbox One, and will release for PC on February 1, 2019. Screen Rant was provided with a PS4 download code for the purposes of this review.