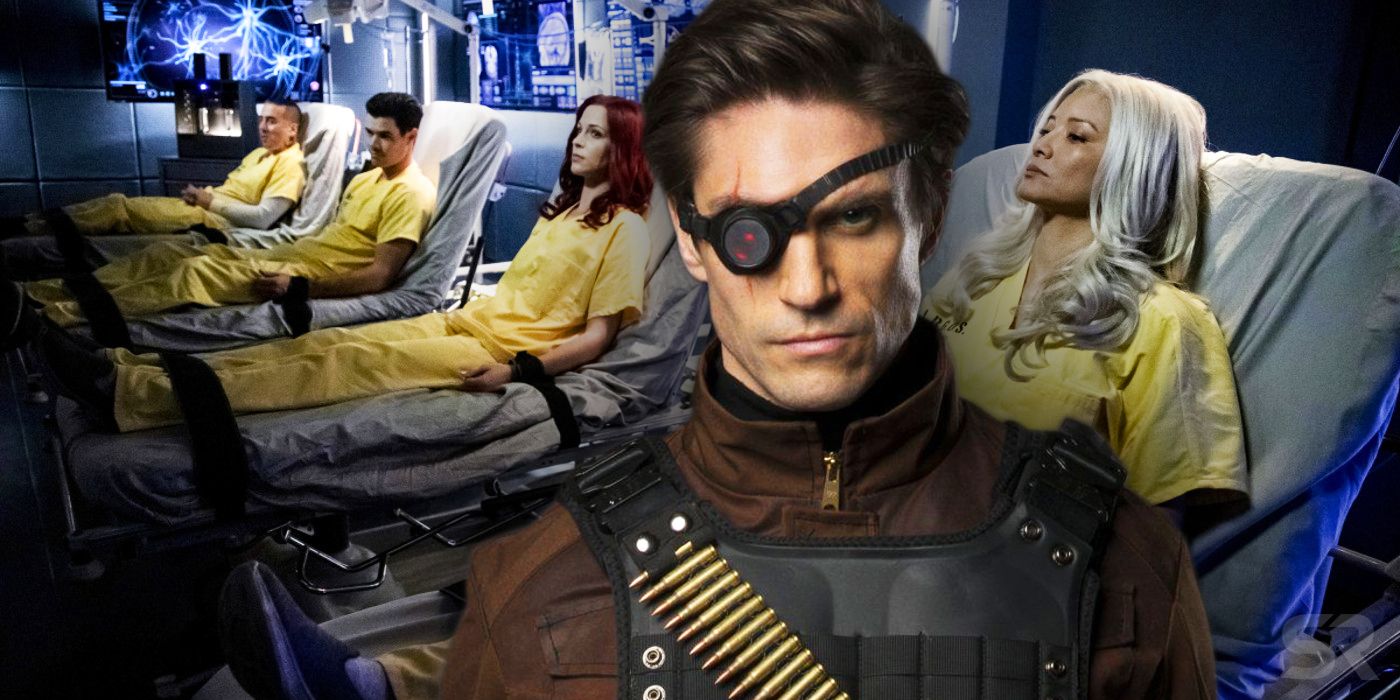 The midseason premiere of Arrow season 7 introduced a new team that is the Suicide Squad in all but name. The infamous government-run group was a major part of the series' storyline in earlier seasons, but was disbanded shortly after the death of its organizer Amanda Waller. Still, with ARGUS poised to start a new team of supervillains called the Ghost Initiative, one wonders why the classic name seems to be off-limits, even in referring to past events.

First published in 1987, the Suicide Squad comic detailed the operations of a government organization, Task Force X, which offered convicted supervillains a chance to earn time off of their sentences in exchange for serving as covert agents for top secret missions. Given the danger involved and the fact that each team member was fitted with an exploding implant, the group was darkly nicknamed the Suicide Squad. The concept was adapted for the second season of Arrow, in an episode titled (appropriately enough) "Suicide Squad."

It was clear from the beginning that Arrow had big plans for the Suicide Squad and its membership. The character of Deadshot - a mainstay of the team in the comics - was introduced in Arrow's third episode and established as having a connection with the character of John Diggle. The second season also revealed that the Suicide Squad's leader, ARGUS Director Amanda Waller, had a history with Oliver Queen from his days before he became the Green Arrow.

Unfortunately, these plans had to be scrapped with the impending release of 2016's Suicide Squad movie. According to actress Willa Holland (who played the role of Thea Queen), there were plans in place to have Harley Quinn appear on Arrow as part of the Suicide Squad but these were abandoned after Margot Robbie was cast as the Clown Princess of Crime. Shortly after that, Arrow killed off its version of Deadshot in the season 3 episode "Suicidal Tendencies" and Amanda Waller was unceremoniously shot to death in the season 4 episode "A.W.O.L."  Presumably, this was done to satisfy the unofficial policy about there not being multiple live-action versions of the same character across multiple media.

The latest episode of Arrow, "My Name Is Emiko Queen", saw John Diggle pitching a plea-bargain to convicted crime-boss Ricardo Diaz. When questioned about this by ARGUS Deputy Director Bell, Diggle bluffed and said that he and ARGUS Director Lyla Michaels were reactivating the Ghost Initiative - a project he described as having "employed expendable criminals for covert operations."  Michaels further described the program as being "scrubbed shortly after my predecessor died." Her predecessor, in this case, meaning Amanda Waller, whom Lyla later named dropped directly as she complained that John was acting like her by undermining her authority with his fast-talking. Yet in all of this talk, the name Ghost Initiative kept being used instead of Suicide Squad, though that is clearly what they were referencing.

It's entirely possible that there is an in-universe reason for the name change that hasn't been explained yet in Arrow season 7. Perhaps Lyla covered up the existence of the original Suicide Squad when she took over ARGUS so as to prevent the whole agency from being shut down if all of Amanda Waller's excesses were exposed to scrutiny? Or perhaps Diggle chose to re-brand the program with a less sinister name, thinking that the Ghost Initiative sounded more like a legitimate military program than Task Force X? Certainly, it is a more hopeful name than Suicide Squad.

Whatever the case, an answer will likely be forthcoming in next week's episode of Arrow, which is slated to see Diaz joining recurring villains China White, Cupid and Kane Wolfman in the new team.