« When Are The 2019 Oscar Nominations Announced?
Theory: Sarah Paulson’s Glass Character Was Introduced In Split » 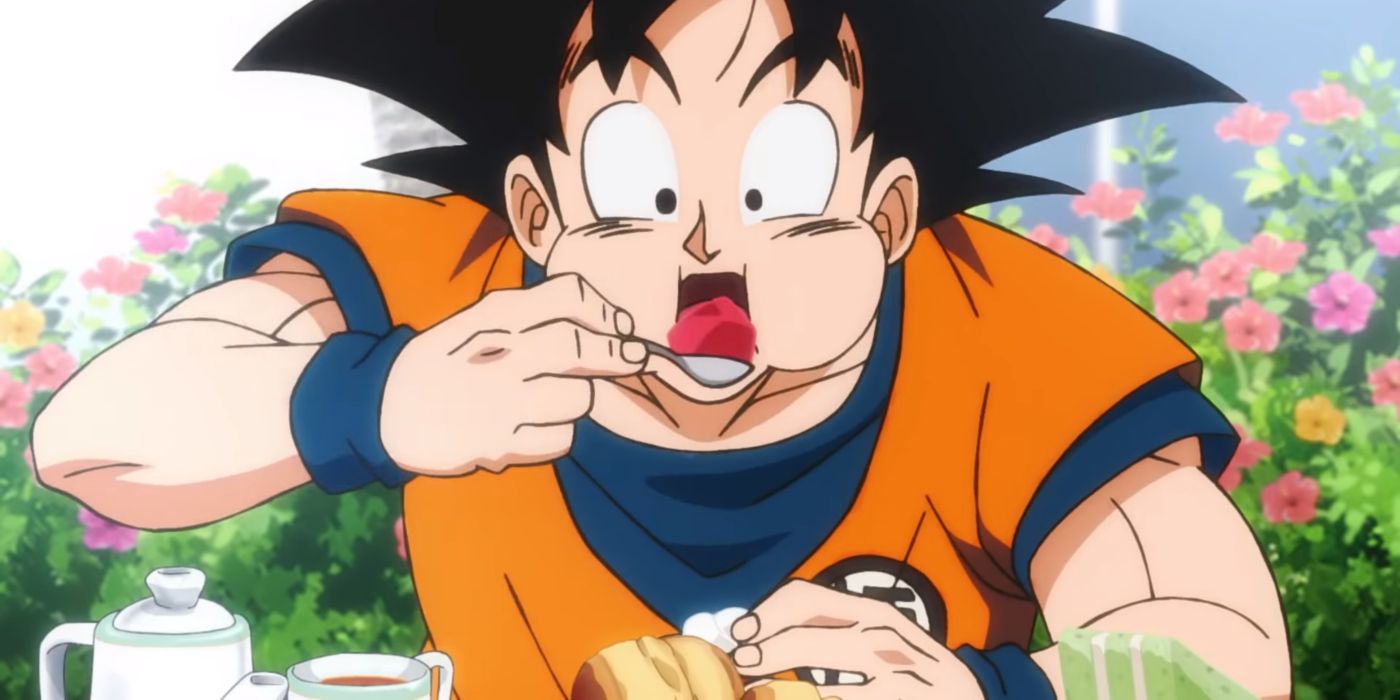 Dragon Ball Super: Broly offers its viewers a fantastic reminder of how great the series can be when Akira Toriyama and his team bring their passion to bear. The latest film in the Dragon Ball franchise has finally released in the US after rising to number one at the Japanese box office. Fans now have a chance to see Toriyama’s revised version of the Broly storyline first glimpsed in the non-canonical 1993 film, Dragon Ball Z: Broly – The Legendary Super Saiyan.

Dragon Ball Super: Broly takes place during two different time periods. First, it tells the origin story of Broly, Vegeta, and Goku, a segment encompassing the destruction of the Saiyan homeworld at the hands of Dragon Ball’s most enduring villain, Frieza. From there, time skips forward to the present following the events of the latest Dragon Ball Super arc that saw Goku assembling a team of warriors to fight in a tournament that would decide the face of the multiverse (yes, Dragon Ball has a multiverse). A fun set-up orchestrated by Frieza puts Broly on a collision course with Goku and Vegeta, both fresh from the lessons they’ve learned fighting the denizens of other universes.

From the start, Dragon Ball Super: Broly demonstrates unmistakable marks of Akira Toriyama’s influence. The animation and character designs, especially the redesigns of Broly and his father, Paragus, return to the gorgeous kineticism and playfulness of Dragon Ball’s heyday. So many little nods to the series past are crammed into the non-fighting segments that it feels like a nostalgia trip even if the film isn’t setting itself up as a love letter to the franchise. The story, written by Toriyama himself, completely retells and re-contextualizes the narrative around Goku’s father, Bardock, and Broly. This leads to a far more satisfying film than the flat narrative of the 1993 movie.

One of the big complaints surrounding the initial launch of Dragon Ball Super revolved around some rough animated sequences. Due to becoming a meme, this perception persisted long after the show improved to some of the best that the franchise has seen. Dragon Ball Super: Broly manages to merge the best of Dragon Ball Z’s grittier style with the clean, fluid motion of Super’s aesthetic to create some incredible moments. This new artistic direction for the animation comes courtesy of Naohiro Shintani, the animation director on the film. The introduction of adult Goku and Vegeta stands as one of the best parts of the film simply on the strength of how gorgeous and fun their sparring match appears on screen.

It is a bit strange, then, that Dragon Ball Super: Broly occasionally shifts to using stylized 3D models for its action sequences. It should be said that these stylistic pivots aren’t necessarily bad, but they are noticeable. The visuals in those moments resemble the recent Dragon Ball FighterZ fighting game, and the blend into the film surprisingly well. For the most part the film remains rooted in the truly excellent 2D animation; saving the 3D models for some shots of wide-scale destruction and for when the camera really needs to provide some unique movements that would be difficult in 2D.

A handful of original characters and monsters are introduced in Dragon Ball Super: Broly. These were all crafted by Toriyama himself; the alien duo of Cheelai and Lemo feel right at home in the Dragon Ball universe with their colorful appearances and strong design. The strange, furry crater monsters that populate the planet on which Broly finds himself seem like the veteran designer having fun. Broly and Paragus feel much cleaner and more visually understandable than in the 1993 film. Their new designs help convey the untold story about their decades spent stranded on the deadly planet Vampa.

The retelling of the destruction of planet Vegeta stands out as one of the most interesting portions of Dragon Ball Super: Broly. Bardock, the father of series protagonist Goku, first appeared in the 1990 TV special that recounted the events leading up to the destruction of the Saiyan homeworld. Bardock plays much the same role in Dragon Ball Super: Broly, being the one who sends Goku to Earth. The version of his story shown in the latest film is both heavily abridged from the TV special and the first clearly canonical version of the character, as Toriyama had nothing to do with Dragon Ball Z: Bardock - The Father of Goku. Toriyama has said numerous times that Bardock is one of his favorite non-canonical characters, so seeing him finally get a clear entry into the canon of Dragon Ball is a nice piece of fan service.

Related: Dragon Ball: 15 Things That Chi-Chi Can Do That Goku Can't

One reason Dragon Ball Super: Broly can’t be considered a full love letter to Dragon Ball stems from the lack of major characters from the series. Despite brief appearances of nostalgic figures like King Cold or nods to the Ginyu Force, series mainstays like Krillin, Tien, and Yamcha don’t even make an appearance in the film. Heck, Goku’s wife Chi-Chi and son Gohan aren’t even shown on screen. However, everyone’s favorite anime dad Piccolo does make a small appearance and we get to see Raditz again, so all is not lost on that front.

Bardock might not have had his full time to shine, but that just leaves more room in the film for Broly and Paragus to receive better characterization. The rather lackluster Broly seen in the 1993 film is replaced with a character that works as an unrefined mirror to Goku; a similarly pure soul who lives to fight, not because he loves fighting but because it’s all he knows. Dragon Ball Super: Broly gives him the spotlight to grow as a character. That growth adds some much needed tension, leaving the viewer wondering whether Broly will completely lose control of himself or manage to hold onto his pure and unrefined heart. It’s not a complicated hook, but the renewed focus on friendship and compassion gives the film an undercurrent and vibrancy missing in some of the later Dragon Ball Z films (here’s looking at you, Dragon Ball Z: Broly – Second Coming and Dragon Ball Z: Bio-Broly).

Whereas the 1993 Broly was driven by his infantile rage at Goku for… crying near him as a baby (yes, really), the new Broly is driven by his love for his father. The abusive relationship that has grown over the years as Paragus fostered a grudge against the leader of planet Vegeta threatens to consume the fabric of the universe itself. Dragon Ball Super: Broly knows that fans want to see gigantic fight scenes, but if a bit of that had been cut to explore some of the dramatic nuances implied on screen, the film might have had an even more effective dramatic heart.

Dragon Ball Super: Broly just feels like classic Toriyama. From beginning to end, the film wears its heart on its sleeve, giving us small interactions between characters that say a lot, like Vegeta blushing at the mention of Bulma or Broly tasting water for the first time with Cheelai and Lemo. There’s some tight, economical storytelling that brings us through an awful lot of Dragon Ball history very quickly while still maintaining a sense of affection for all of the characters. That affection doesn’t dim when fighting breaks out, either. We see the catharsis of characters who have spent a lifetime suffering and struggling let loose with everything they have. Rather than being vapid or mindless, the lengthy Dragon Ball fight scenes bring all of the dramatic passion and dazzling visuals that made everyone fall in love with Dragon Ball in the first place.

In Dragon Ball Super: Broly, Toriyama brings his talents to bear with almost everything you could want in a Dragon Ball film committed to the screen. It’s fun, joyous, and freaking gorgeous – but most of all, it deeply and genuinely cares about these characters.