« Harry Potter: 20 Things That Make No Sense About The Malfoys
Vikings: 20 Things Wrong With Ragnar Lothbrok We All Choose To Ignore » 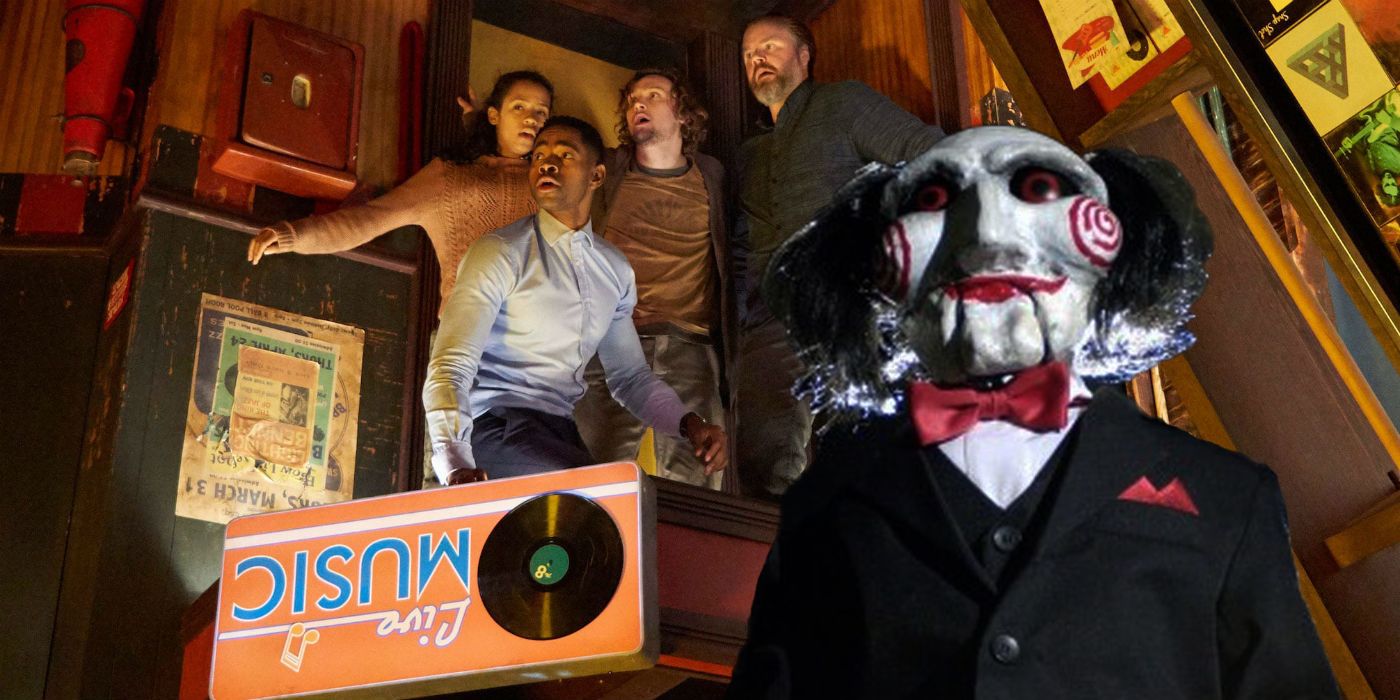 During a recent interview, Escape Room director Adam Robitel was asked about possibly directing a Saw reboot, and seemed open to the possibility. From the moment Escape Room's marketing began, many horror fans couldn't help but compare the film to the Saw franchise. After all, characters are placed in a scenario in which they have to accomplish very difficult and complex tasks while under tremendous pressure, with nothing less than their lives on the line if they fail. Putting aside the fact that Saw didn't invent that premise - the 1997 movie Cube being just one prior example - there's no question that the franchise popularized the concept.

While Escape Room received mixed reviews from critics - earning a 53% on Rotten Tomatoes - the response from horror genre devotees has been a lot more positive. While most tend to acknowledge that the film has flaws, many are also quick to point out how much fun and tense it is to watch the main group of characters race to solve each puzzle and avoid a harsh demise. If anything, a large segment of the horror community wishes that Escape Room was rated-R, as its PG-13 rating prevents much bloodshed from being shown. That's certainly a factor that Saw never encountered, as that franchise often pushed the limits of violence allowed in an R-rated film.

At the end of the day, Escape Room succeeded where it really counts: at the box office. Made on a budget of only $9 million, Escape Room has so far earned $26.2 million worldwide, as is projected to earn a few million more this weekend. While not a massive hit, Robitel's effort will indeed be profitable, making a similarly low-budgeted sequel likely. In the meantime though, Cinepop conducted an interview with Robitel to promote Escape Room, in which he was asked how he felt about the idea of directing a Saw reboot. While Robitel initially demurred, he went on to leave the door open to the idea, albeit in a lighthearted way.

I love Saw, and I'm a big fan of James [Wan], having worked with he and Leigh [Whannell]. I wouldn't probably do a Saw movie, if only because it's their baby. I don't know that I could bring anything new to it. [...] But look I never say never, make me an offer. :laughs:

While Robitel doesn't necessarily seem to be jumping at the chance to helm a Saw reboot, it's interesting that he doesn't shut down the possibility either. As he mentioned, he's worked with Saw creators James Wan and Leigh Whannell, specifically on the 2018 sequel Insidious: The Last Key. While he might not want to encroach on their creative territory, his work on Escape Room really does point to an aptitude for constructing the high stakes, thrilling "games" Jigsaw uses to test his victims. Knowing Hollywood, a Saw reboot probably will be made eventually, and perhaps Wan wouldn't have issue turning to a director he has experience working with to take over the franchise.

On the other hand, it's probably too soon to reboot Saw. After all, the eighth film in the series, entitled simply Jigsaw, only released in October 2017, to pretty poor responses at that. While some reports have swirled a few times since about Lionsgate developing a Saw 9 script, that project doesn't seem to have gained any traction. For now, perhaps it's best to keep Saw on the shelf, at least until fans have time to become nostalgic for it again. At that point, maybe Wan will give Robitel a call, and his Escape Room success will lead to a worthy resurrection.

This entry was posted by Screen Rant on January 12, 2019 at 4:01 am, and is filed under TV News. Follow any responses to this post through RSS 2.0. You can skip to the end and leave a response. Pinging is currently not allowed.