« Avengers: 13 Characters Who Should Survive Endgame (And 13 Who Need To Go)
Star Trek: Discovery – 9 Unanswered Questions From The Season 2 Premiere »

God of War Cut Out What It Needed Most: More Bosses 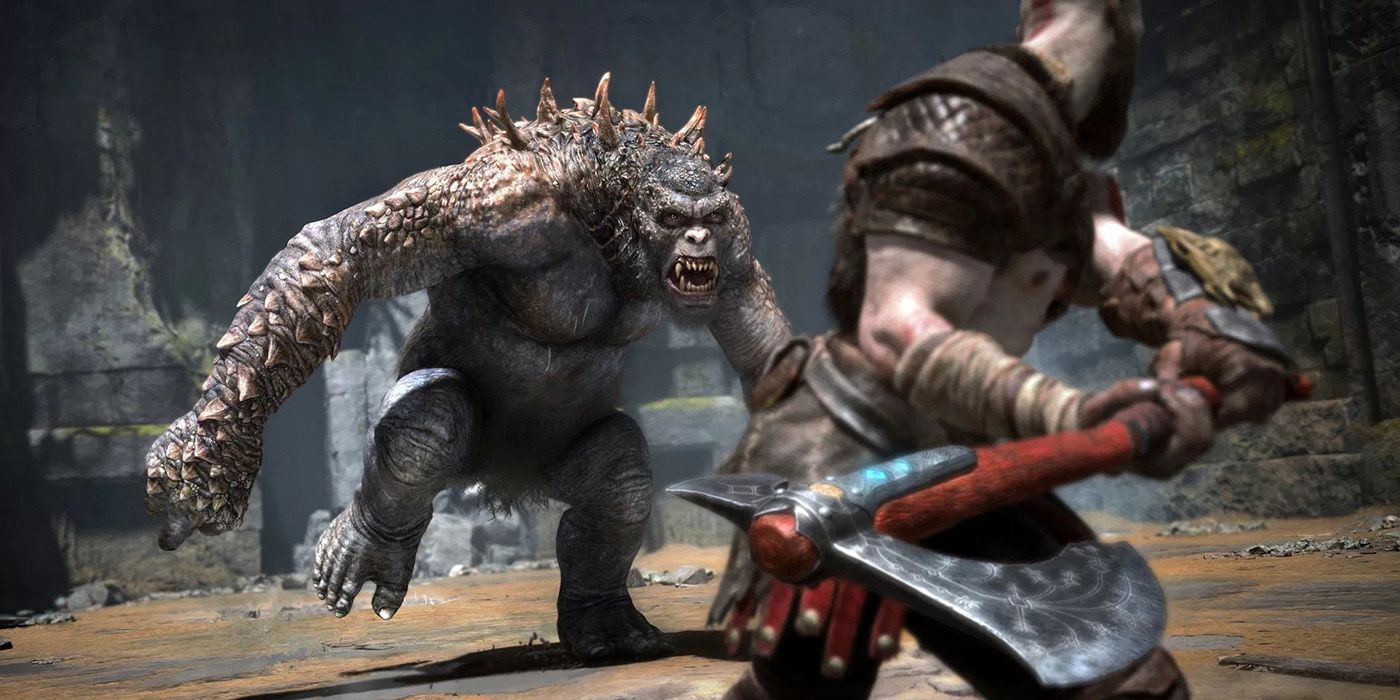 God of War cut out one of the franchise's most famous and awe-inspiring aspects - gigantic and plentiful boss fights. The PS4 exclusive differs from the series' previous entries in several ways. Most of those differences ended up working in the game's favor. The fourth mainline entry in the series is much more mature, layered and emotional than any of the games that preceded it. Even the new combat system makes God of War feel like a more intimate experience.

In all the changes and evolution, though, God of War did lose the grandeur of boss fights like God of War 2's fight against the Colossus of Rhodes or God of War 3's takedown of the titan Cronos. Boss fights are still present in 2018's God of War, but they're much fewer and far between. This wasn't always the case. God of War was intended to have more boss fights, but these had to be cut in order for the game to release within a reasonable time and fashion.

Related: God of War Director's DLC Plans Were Too Ambitious

God of War director Cory Barlog discussed the game's cut boss fights in an interview with Noclip. When asked if he had any regrets about God of War, Barlog explained there's not many of them. This is due to the fact that God of War was crafted specifically to avoid some of the regrets Barlog had from previous games. The only aspect Barlog feels he dropped the ball with are the boss fights. He explained:

We cut a lot of bosses. A lot. We had so much more. It was a much more ambitious, crazier, crazier game and then as you go through development you realize, 'No this is too big. We can't do this, right?' One boss takes like 30 developers a year and a half. It's an absolutely massive scale if you really consider it and you measure it against other games that we finished in a year and a half.

Barlog went onto explain that God of War's semi-frequent boss fights with trolls are not actually boss fights. In a technical sense, trolls are just another enemy in God of War. The only reason they were given boss health meters is because they were so massive in size. Most God of War enemies have their health bar displayed above their head, but the troll is so much larger than Kratos that this wouldn't have been easily visible. As a workaround, trolls got names, lore attached to them and health bars to make the fights a bit more palatable. Yet it also led to an impression that God of War was trading the massive scale boss fights of previous games for several relatively similar troll battles.

The missing boss fights from God of War particularly sting because what is present is so impressive. Thanks to God of War's immersive "one shot" style the fights with primary antagonist Baldur are incredibly tense. Even when Kratos and Baldur are fighting on the back of the massive World Serpent, the action is tense and personal. God of War manages to perfectly marry the intimacy of the franchise's newest entry with the scale of the old when the situation warrants. Furthermore since Norse mythology is littered with literal giants, there's a lot of material that God of War could pull from with boss fights.

There is some hope that the future of the franchise will have more bosses in store for Kratos and the player. When discussing the decision to cut the bosses, Barlog did mention that they might get used at "a later date." It's also reported that the yet-to-be-announced but inevitable God of War 5 will be a much bigger game. Even if the next God of War doesn't stay within the world of Norse mythology and moves onto Egyptian or even Mayan lore, a few boss fight concepts from the reboot could be reused leading to a possibly stronger game.