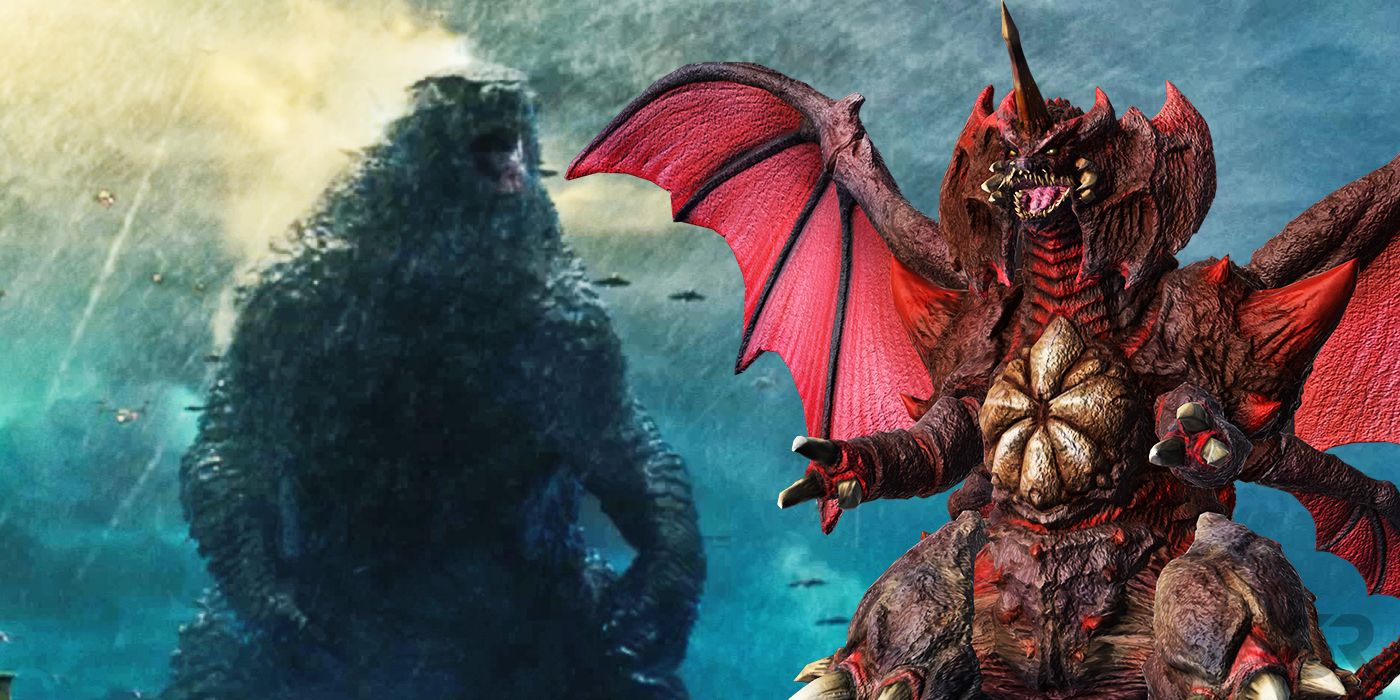 The upcoming movie is bringing three major Godzilla characters into the MonsterVerse: King Ghidorah, Mothra, and Rodan, and the interesting thing is that King Ghidorah is known as Godzilla's biggest foe. Godzilla and King Ghidorah have already battled each other six times in Toho movies, and they're looking to do so again in the MonsterVerse. The other two monsters jumping into the fray, Rodan and Mothra, are known more as allies of Godzilla rather than enemies. There's also a possibility that more Titans are secretly included in Godzilla: King of the Monsters, so these aforementioned monsters may only be the tip of the iceberg.

Following his Godzilla's battle with King Ghidorah, Godzilla will face off against King Kong in the fourth MonsterVerse installment, Godzilla vs. Kong, in 2020. With two huge showdowns looming for the alpha predator, fans are already looking ahead to the future of the MonsterVerse. Since the 1950s, Godzilla has starred in over 30 monster movies, thus providing WB with plenty of diverse choices when it comes to Godzilla's next opponent. Even with so many powerful kaiju to choose from, topping King Ghidorah and King Kong is going to be a tough challenge for the studio. With that in mind, the best option is easily Destoroyah.

Of all the monsters in Godzilla's rogues gallery, Destoroyah may be the best choice for Godzilla 3. The villain made his first and only film appearance in 1995's Godzilla vs. Destoroyah. Destoroyah's origins date back to the events of the first Godzilla movie in 1954. The military used a weapon called the Oxygen Destroyer to kill Godzilla in the ocean. Apparently, the use of the Oxygen Destroyer had unintended side-effects. It mutated a colony of microscopic crustaceans, which caused them to grow into a single, monstrous lifeform known as Destoroyah. With his powerful micro-oxygen beam, laser-shooting horn, and spiked claws, the creature became one of Godzilla's deadliest opponents - and that's saying a lot.

Godzilla and Destoroyah fought at a time when Godzilla was beginning to "leak" radiation. Scientists determined that Godzilla was on a path to self-destruction. The military then put into action a plan that hinged on Destoroyah killing Godzilla, which would prevent a worldwide nuclear disaster. Instead of killing Godzilla himself, though, Destoroyah instead targeted Godzilla's adolescent son and mortally wounded him. Godzilla then engaged Destoroyah in an epic battle, but Godzilla was too weak to fight at full force due to his meltdown. Destoroyah, injured from his battle with Godzilla, was finished off by the military. Godzilla had breathed his remaining life force into his dead son, thus rejuvenating him and allowing him to become the new Godzilla.

The Oxygen Destroyer In Godzilla 2

The same weapon that created Godzilla's ultimate enemy in Godzilla vs. Destoroyah will return in Godzilla: King of the Monsters. The Oxygen Destroyer was designed to release a large amount of a chemical known as micro-oxygen into an organism. The purpose of the micro-oxygen is to disintegrate the organism's oxygen atoms. As a result, the organism will of course die of asphyxiation. To use it on land would have massive consequences, which is why, in the 1954 film, it had to be unleashed on Godzilla while he was in the Tokyo Bay.

Page 2 of 2: Destoroyah Could Be Godzilla 3's Villain & End The MonsterVerse

Destoroyah Could Be Godzilla 3's Villain

In Godzilla 3, Monarch could discover that their decision to use the Oxygen Destroyer resulted in the creation of a new monster. This would essentially pit Godzilla against a man-made threat for the first time in the MonsterVerse. This is a theme that's been tackled multiple times in Toho's Godzilla movies, after all. His most prominent man-made adversary, of course, is Mechagodzilla. The robotic kaiju was designed specifically for fighting Godzilla, but sometimes became uncontrollable. In Godzilla vs. Hedorah, Godzilla battled the Smog Monster, an alien who fed off the pollution in Japan. Another example is Biollante, who Dougherty would want to use in Godzilla 3 (if he ended up directing another installment); Biollante was the product of a failed science experiment involving the DNA of Godzilla, humans, and plants.

Related: All The Titans Confirmed For Godzilla: King Of The Monsters (So Far)

So far, the MonsterVerse version of Godzilla has only battled natural threats, which would make Destoroyah unique to the franchise, and it could potentially open the door for Mechagodzilla down the line. Destoroyah being the main villain would present audiences with a different kind of story, especially since the human protagonists, namely Monarch (or the movie's secret terrorist organization), would most likely be the ones responsible for this disaster. It would then fall to Godzilla to clean up the mess. Though Destoroyah hasn't been in as many films as Godzilla villains Mechagodzilla or Gigan, only Destoroyah has earned the distinction of killing Godzilla, which gives Destoroyah a certain level of notoriety that Godzilla's other enemies have never been able to achieve. Featuring a villain of Destoroyah's stature and reputation may be the only way for Godzilla 3 to top both King of the Monsters and Godzilla vs. Kong.

Godzilla 3 Could End The MonsterVerse

Will Destoroyah's victory over Godzilla in the 1995 film have any effect on Godzilla 3? The result of that fight could be adapted to the MonsterVerse (with Godzilla dying) - or it could go in a totally different direction. However, Destoroyah could serve as the perfect way to bring the MonsterVerse to an end, particularly if only a trilogy of Godzilla movies is planned and nothing beyond that. The Oxygen Destroyer isn't the only hint to Destoroyah's eventual debut found in Godzilla: King of the Monsters.

One of the toys for the movie shows Godzilla in his "Burning" form from Godzilla vs. Destoroyah. As noted earlier, entering into this form was the beginning of the end for Godzilla. Godzilla's death at the hands of Destoroyah was how Toho chose to end Godzilla's story in the 1990s. The second series of Godzilla movies began with Return of Godzilla in 1984 and was proceeded by six more installments, with the last being Godzilla vs. Destoroyah. The movie was well-received by critics, who felt that the film and the final fight between Godzilla and Destoroyah provided a memorable ending to the series, and that's something that fans would love to see recreated (should WB choose to end the MonsterVerse).

If Godzilla 3 would indeed the last movie of the MonsterVerse, Destoroyah would make a fitting, final opponent for the alpha predator. Against Destoroyah, Godzilla would be facing an enemy with enough power to rival - or even surpass - his own. He'd also be up against the one monster Toho's Godzilla couldn't kill. A battle of such titanic proportions could prove to be the ultimate sendoff for the true King of the Monsters, something that MUTO, Ghidorah, or Kong could really do. Then again, this could just be WB's way of ending one Godzilla and opening the door for his son to take his place in the MonsterVerse.