MCU Theory: The Incredible Hulk Has A Spider-Man: Homecoming Cameo 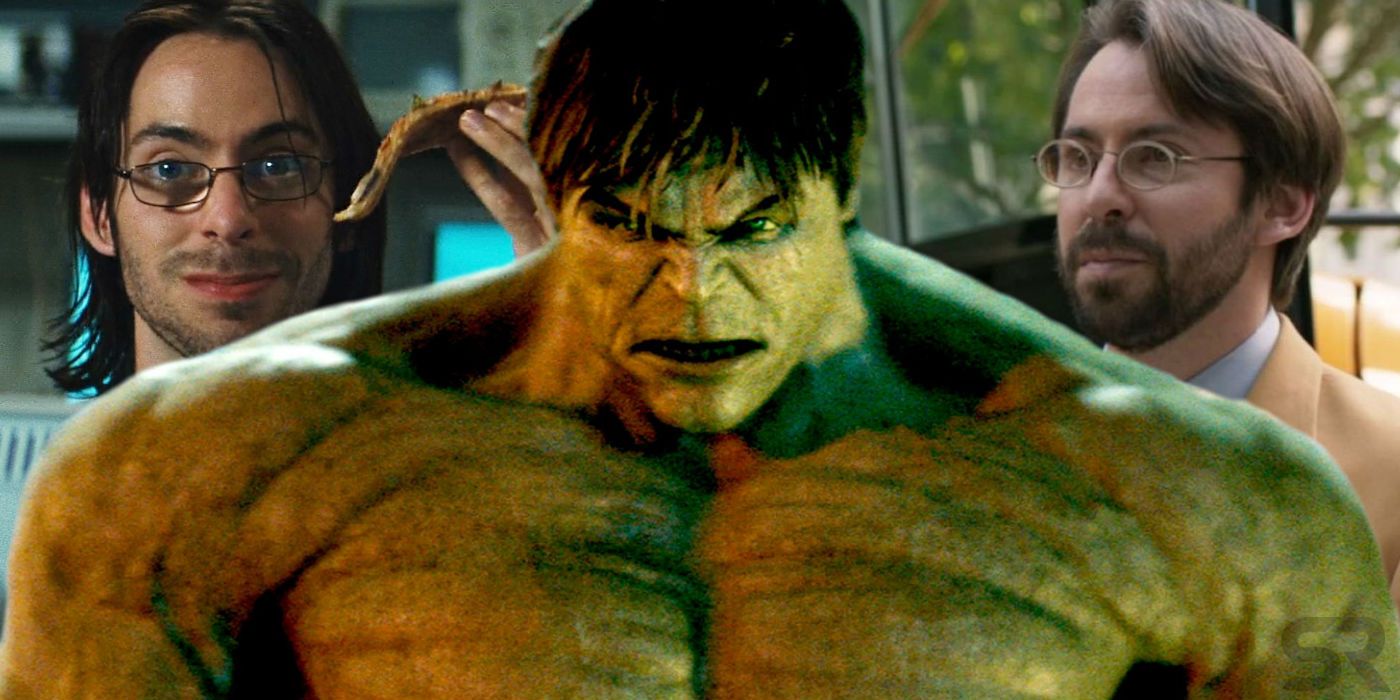 The Incredible Hulk is largely regarded as an unimportant entry in the Marvel Cinematic Universe due to how little it connects to the larger universe. Edward Norton was replaced as Bruce Banner by Mark Ruffalo in subsequent films and William Hurt's Thunderbolt Ross is the only character to make a return since. However, the film may have featured a cameo that ties it to Spider-Man: Homecoming.

During a brief scene in The Incredible Hulk, Bruce has to sneak around Culver University in order to download Betty Ross' research on gamma radiation. But, since Banner is a wanted man by the government, he has to get creative with his entry and poses as a pizza delivery man. He uses this to get past the security guard (played by the original Hulk Lou Ferrigno) and then gives a leftover one to the person in charge of the computer lab.

This "Computer Nerd", as he's credited, in The Incredible Hulk is played by Martin Starr. It was such a small role at the time that when casting for Spider-Man: Homecoming began, Marvel Studios and Sony brought Starr in to play one of Peter Parker's teachers Mr. Harrington. His inclusion in both films has never been addressed by Marvel or its canon, but is it possible Starr's two roles are actually as the same character?

Since Starr's role as "Computer Nerd" in The Incredible Hulk is so small, there's hardly any information about him. However, we do know that this character is a student at Culver University, a college that is highly regarded for its scientific studies. When Starr next appears in Spider-Man: Homecoming, it is as Mr. Roger Harrington - and here's where it gets interesting. Along with being the head of Midtown School of Science and Technology's Academic Decathlon Team, Mr. Harrington is also a science teacher. And what is his concentration? As the theory stands, Harrington is a Culver University graduate who got a teaching degree specializing in science from a well-known scientific school and eventually found a job at a scientifically focused high school.

Does this actually work with the timeline though? The Incredible Hulk's placement in the MCU canon is a bit unclear, but it is generally believed to take place around 2010. Despite Spider-Man: Homecoming then saying it takes place eight years after The Avengers (putting it in 2020), that is incorrect; the movie actually takes place a few years earlier, no later than 2017. At the most, this gives Mr. Harrington seven years to finish his degree, move to Queens, and get hired at Midtown, which is somewhat feasible.

Since it checks out in the timeline and with Mr. Harrington's limited backstory, this is the type of theory that the MCU could effortlessly make canon. It's the sort of retcon Marvel likes, similar to putting Peter Parker into Iron Man 2. Harrington wouldn't be the first Midtown teacher with a prior MCU appearance either: Principal Morita is the grandson of Captain America: The First Avenger's Howling Commando Jim Morita, both played by Kenneth Choi.

Related: Every Suit Confirmed For Spider-Man: Far From Home (So Far)

If Marvel felt the need to explain Starr's return, then this unplanned connective tissue between The Incredible Hulk and Spider-Man: Homecoming could be confirmed eventually. For all we know, Marvel is way ahead of fans and plan on confirming this theory in Spider-Man: Far From Home - where Starr is reprising his role as Mr. Harrington - when it hits theaters later this year.

Next: The Best MCU Rewatch Order For Before Avengers: Endgame