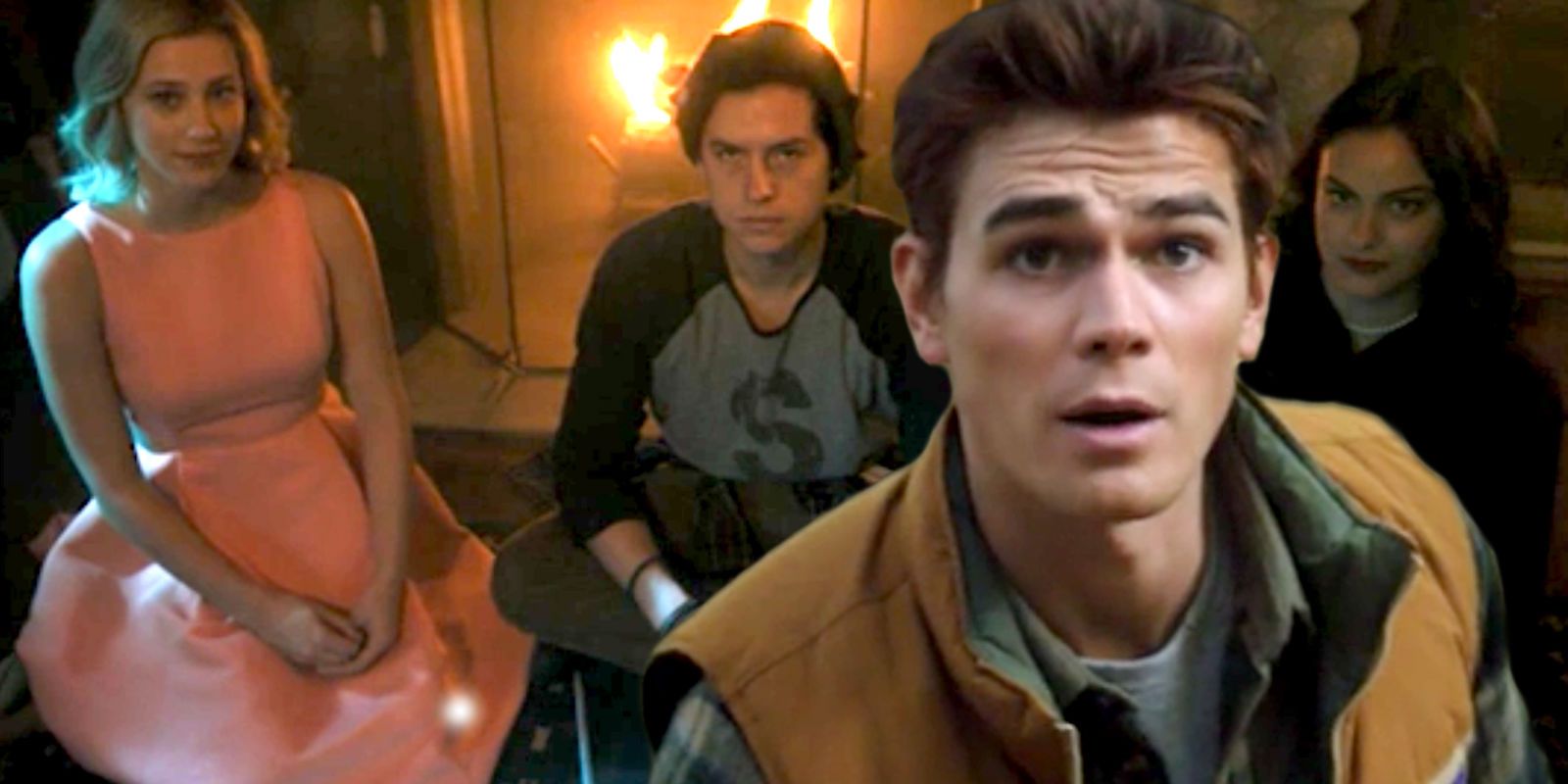 Riverdale season 3 is back, and the midseason premiere, "Cabin in the Woods," ended on a dramatic cliffhanger: Archie Andrews is dead! After being attacked by a grizzly bear in the woods (Archie has taken up a new career as a park ranger in the Canadian wilderness, because why not?), our hero fell into a blood loss-induced series of hallucination where he played Griffins & Gargoyles with a series of dead characters and carried out several quests.

The last of these quests involved Archie beating the "innocent" version of himself to death with a baseball bat, and when the other park rangers showed up at his cabin, Archie was lying still in a pool of blood with his eyes wide open. The rangers took his pulse, exchanged a worried glance, and the episode ended. Could it be? Is Archie Andrews really dead?

Related: Riverdale: How To Read The Gargoyle King Runes

Well... no, of course he's not. In fact, it's a pretty safe bet that next week's episode will open with Archie in hospital, remarking on what a close call he just had. "Cabin in the Woods" even opens with a reminder of the impermanence of Riverdale's cliffhangers, with the quarantine that was declared in the midseason finale having already been lifted with seemingly no lasting consequences at all. This week, the show gave itself an easy out by not having either of the park rangers actually remark on Archie's pulse, and his blank staring is likely just the result of the fugue state he was in. But if you need further confirmation that Archie's not dead, take it from showrunner Roberto Aguirre-Sacasa himself, who posted this tweet several days before the midseason premiere aired:

Within four episodes of his supposed "death," Archie will be returning to his career as a fighter, so it doesn't seem as though the bear attack will keep him down for long. Meanwhile, Aguirre-Sacasa's script cover for next week's episode implies that Betty will be helping Archie study for his SATs - which would be an impressive recovery, especially since Archie dropped out of school in order to go to juvie.

Of course, these covers are often an oblique representation of the episode in question, and it's also possible that Archie experiences some kind of brain damage or memory loss as a result of his near-death, and Betty has to nurse him back to health.

Since Archie's "death" is an obvious fake-out, the biggest lingering question from this episode is actually what effect the symbolic murder of his innocence will have on Archie's personality. It was made clear that the hallucinatory game of Griffins & Gargoyles was Archie ticket back to "Eldirvare" (a.k.a. Riverdale) and he successfully completed the grim final quest, so next week will likely bring an end to Archie's eight-episode exile from his home and friends. Since he was cleared of all charges, he doesn't have to worry about the law coming after him and he can probably return to school.

However, that still leaves the problem of Hiram Lodge to contend with. Even though Archie and Veronica are no longer together, and Veronica has now entered into a new romance with Reggie, the "Man in Black" still has a grudge against our red-haired hero, and he's unlikely to let it go. Will the new Archie, with his innocence discarded, have what it takes to outwit Hiram and win the game of Griffins & Gargoyles? Or is he simply heading back into more hot water?