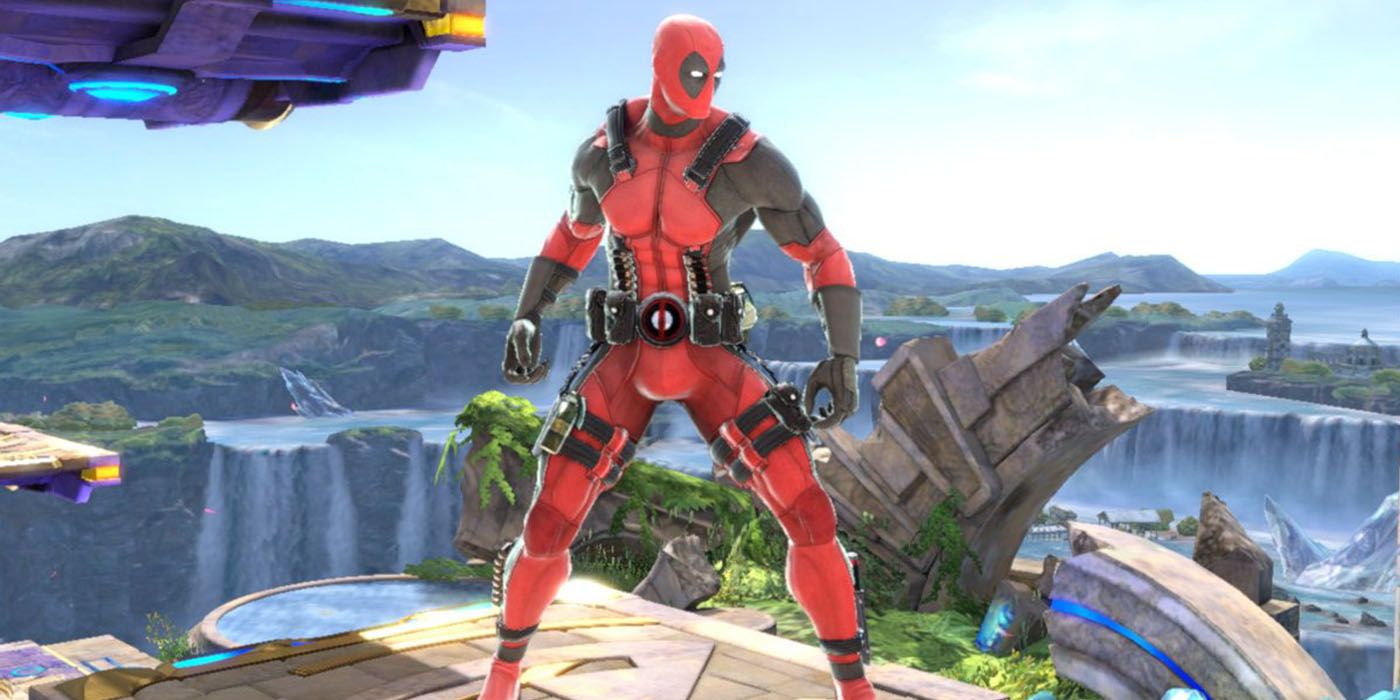 While some gamers wait to see which DLC characters will be added to Super Smash Bros. Ultimate, others are taking matters into their own hands through mods - one of which has Simon Belmont fighting Deadpool. This has been a common practice since the Brawl era on Wii, but every once in a while a modder is able to do such a great job that the Super Smash Bros. community has no choice but pay attention.

Modeled after Snake from Super Smash Bros. Ultimate, this reskin is an expertly crafted rendition of Marvel's Merc with a Mouth in his famous red and black garb. The end result is as close to the real thing as gamers will likely ever get, though Deadpool is lacking the use of his trademark katanas as a result of being a reskin of Snake. Still, the character's arsenal is still oddly appropriate.

The Deadpool mod was created by Demonslayerx8, and it was compressed and tested by Mastklo, both of whom have done a number of reskins within the Super Smash Bros. scene. Anyone interested in seeing the mod in action can check out a YouTube video featuring the beloved antihero in action. In this clip, Deadpool is squaring off against Castlevania's Simon Belmont. Watch the gameplay footage below.

Deadpool is a character that fits in better with the cast of Mortal Kombat 11 than the characters found in Super Smash Bros. Ultimate. Even then, the possibility of a Marvel superhero joining the ranks may not be as farfetched as it initially seems. This is based solely on the fact that Nintendo is publishing Marvel Ultimate Alliance 3 exclusively on Nintendo Switch, and there may be an internal desire to promote a hero from the game within Super Smash Bros. Ultimate to coincide with the game's release later this year.

This is an unlikely scenario, as the philosophy for Super Smash Bros. has always been to stick with gaming icons. Even then, that didn't stop Nintendo from considering adding James Bond to Super Smash Bros. Melee after GoldenEye 007 had proven to be a massive success for the company on its Nintendo 64 platform. Only time will tell what else awaits fans through Super Smash Bros. Ultimate's DLC lineup, but it's safe to say that Deadpool's inclusion will remain exclusive to the modding scene.