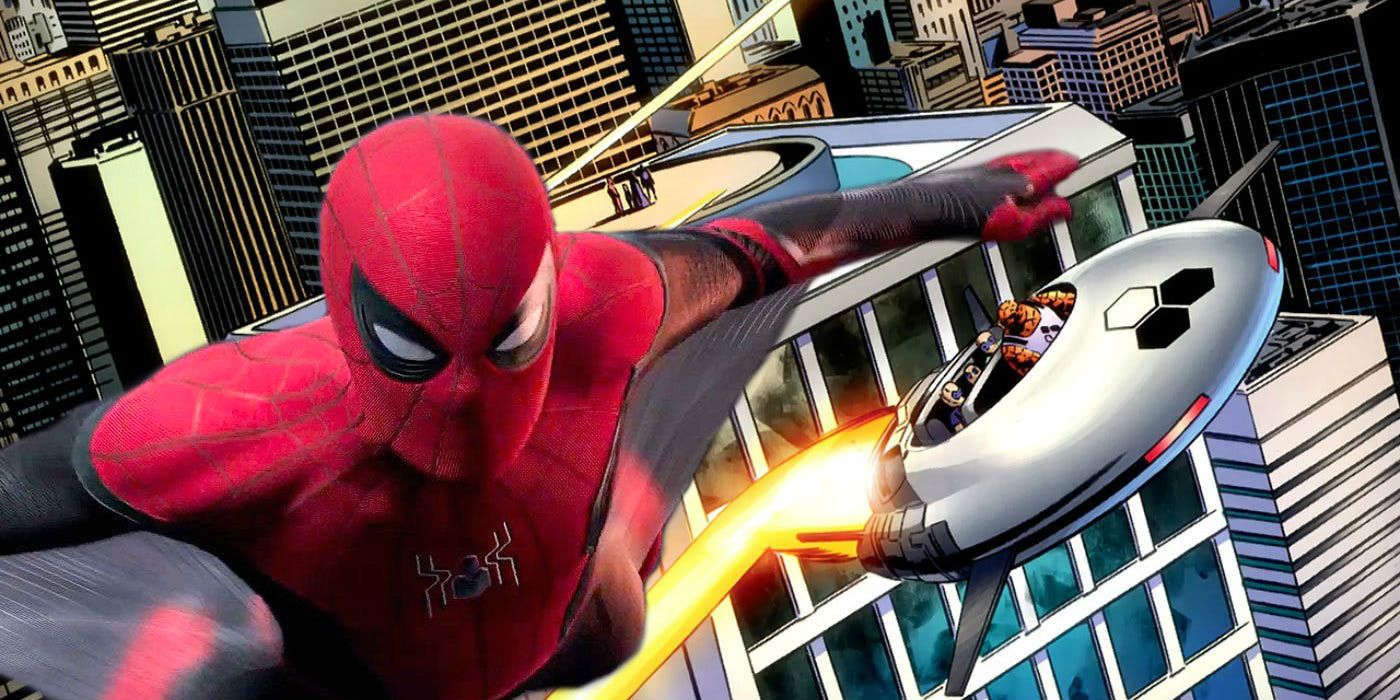 The first trailer for Spider-Man: Far From Home supports a popular theory that Marvel Studios may already be preparing to incorporate the Fantastic Four into the MCU. The sale of Avengers Tower was an important subplot in Spider-Man: Homecoming, with Tony Stark choosing to vacate his old building and move into the Avengers Compound, but Marvel deliberately left the buyer unidentified.

Naturally, that led to a lot of speculation online, and the most popular suggestion was that Avengers Tower could become the new Baxter Building - home of the Fantastic Four. Depending on how Marvel chooses to integrate the Fantastic Four, it could have been purchased by Reed Richards himself; alternatively, in the Ultimate comic book range the Baxter Building is run by the Baxter Foundation, who work with the most brilliant students in the world, and were definitely interested in Reed. It was a fun theory, but at that stage it was doubtful, since the film rights for the Fantastic Four still belong to Fox. That situation is about to change, however, with Disney's impending Fox purchase only awaiting approval from the last few international regulators.

In light of that, it's significant that the trailer for Spider-Man: Far From Home included a brief scene in which Spider-Man swung in front of Grand Central Station. In the background, it's clear that some sort of construction work is currently being conducted on the old Avengers Tower. It's unclear whether this is just a major refurbishment (perhaps replacing the A logo with a 4?), or whether the building is somehow damaged over the course of Avengers: Endgame. Whatever the truth may be, this suggests Marvel still has plans for Avengers Tower. That sale subplot is surely leading somewhere.

It's doubtful that Marvel originally planned the buyers of Avengers Tower to be connected to the Fantastic Four. Although Disney and Fox will have been in high-level talks about the idea when Spider-Man: Homecoming was released, the deal wasn't ready for the public, and Marvel would have been foolish to assume regulatory approval. For all that, while Marvel has a reputation for long-term planning, in truth the studio is very flexible indeed. Plans change; that's clear when you just look at the original Phase 3 slate, which is markedly different to the one that's been released. So it's not difficult to imagine Marvel deciding to pivot, and use the purchase of Avengers Tower as a subtle way of incorporating the Fantastic Four into the MCU.

Interestingly, Marvel Television seems to have had a lot more flexibility than Marvel Studios when it comes to dropping Easter eggs for the X-Men and the Fantastic Four. In fact, Iron Fist season 2 saw Danny Rand take on one of his foes at a construction site referred to as "42 Baxter." In the comics, the Baxter Building is located at "42nd and Madison," so it's a pretty clear reference. The movies themselves won't be bound by a throwaway Easter egg in a now-canceled Marvel Television series, so Kevin Feige could easily choose to ignore it. The Fantastic Four/Avengers Tower theory still has a lot of potential - even more so now Spider-Man: Far From Home's trailer has hinted that Marvel still has plans for that iconic building.