The Flash Season 5: 6 Biggest Questions After Episode 10, “The Flash & The Furious” 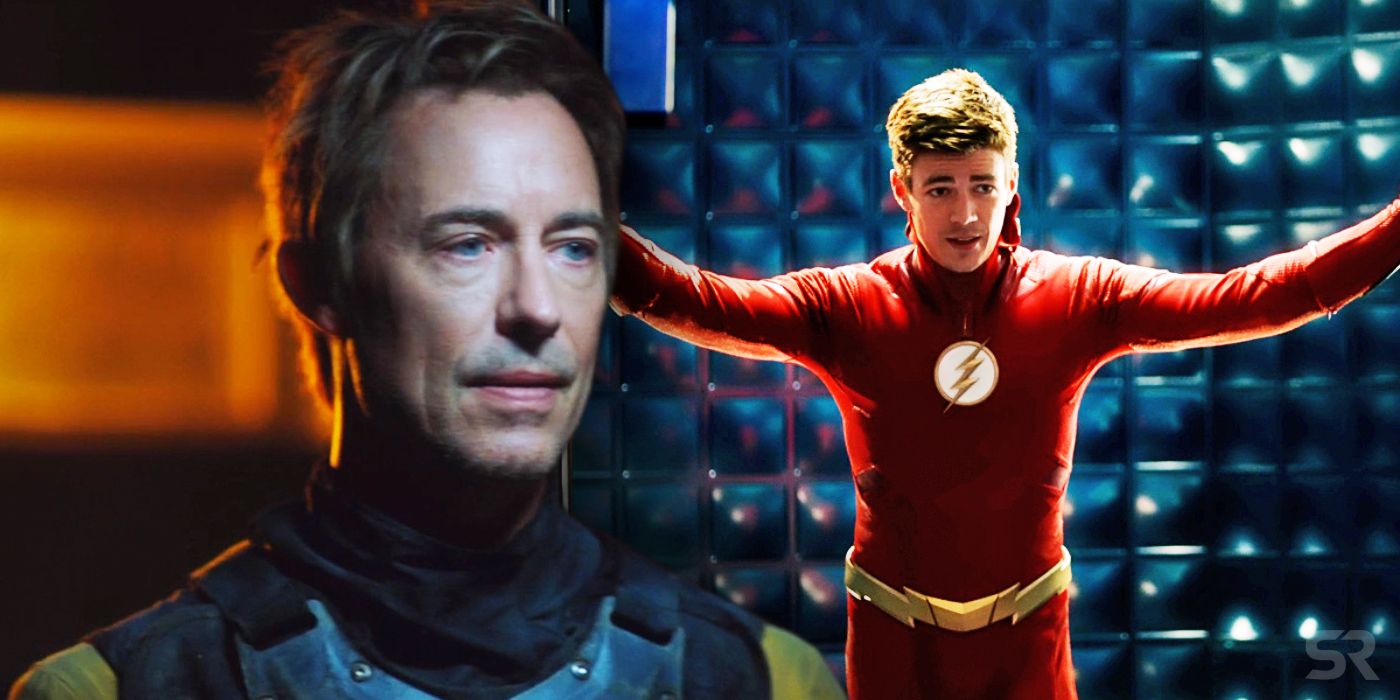 Warning: This article contains spoilers for The Flash season 5, episode 10!

After a midseason break, The Flash season 5 has returned with some startling revelations. Nora now knows the truth about the man she's working for: he's the Reverse-Flash, her father's greatest foe and the man who murdered her grandmother. This caused her to doubt his motivations. However, with a pet talk from an unwitting Barry, she decided to give Thawne another chance.

Barry still doesn't know about Nora's mission, but it's only a matter of time until he and Iris learn the truth. Sherloque is on the case and seems to be the only close figuring out what Nora is hiding. At the end of the episode, he enlists the help of Gideon to learn more about Nora, only to discover that Nora has deleted all of the files about her.

Related: What To Expect From The Arrowverse Shows In 2019

As the second half of The Flash season 5 ramps up, the mysteries only deepen. Here are the questions we have about "The Flash and The Furious."

6. Why Does Cisco Suddenly Hate His Powers?

This episode finally saw Cisco free of the shards of Cicada's dagger that have been stuck in his hand and dampening his powers since the beginning of the season. However, Cisco didn't seem too happy that he could go back to vibing. In a very uncharacteristic move, he decided that the thing he wanted the most was to live a normal life with a family - and without superpowers. He started working with the leftover dagger shards to create a metahuman cure, something that would take away his and other metas' powers.

This change of heart was rather sudden. Why does Cisco suddenly seem so intent on having a family, especially when Gypsy is out of the picture? It's not like he's in a serious relationship that would spur him to make this change. It could be the introduction of Nora, but Cisco can see Barry balancing fatherhood and being a superhero and loving every minute of both. Sure, he's not Barry Allen, but he could have a similar life if he wanted it. The sudden desire to want to remove his powers just doesn't seem to make sense especially for a superhero fanboy like Cisco.

5. What is the Purpose of The Metahuman Cure?

Caitlin and Cisco seem intent on making a metahuman cure now, but Caitlin has one stipulation: not to use it on anyone against their will. It seems like a very ominous (and straight out of X-Men) promise. Because once a cure is invented, it's out there and anyone can get their hands on it. It's a dangerous thing to have lying around when you're dealing with rogue metas. It's safe to assume by the end of The Flash season 5, someone is going to lose their powers who doesn't want to.

The Flash never really seems to know what to do with their metahumans. Any meta not on Team Flash is usually deemed bad and thrown straight into the Pipeline or shipped off to Iron Heights. It's rare that the show depicts ordinary people living with powers. So if everyone who has powers is bad, wouldn't they just take their powers away, given the option? This seems like something Barry would be against even if they are bad guys. His reaction to this cure will be telling.

4. Why Does Thawne Want to Help Nora?

When Nora confronts Thawne about the true nature of his relationship with her father in The Flash season 5, episode 10, Thawne appears to be upset. He says he wants to help Nora and change his legacy. But why? Is it out of guilt for the things he's done or does he have an ulterior motive for sending her back to the past? And what new legacy is he hoping to create? Nora has been sending Thawne her notes about the past as well, how do those come into play?

The mystery surrounding Thawne and Nora's relationship has taken center stage in the second half of The Flash season 5. There's a complicated history between the characters, that's only getting more complex. And the longer Nora keeps this part of her future a secret, the worse it will be when it all comes out. It will also be interesting to see if or how the storyline with Nora and Thawn relates back to the season's (supposed) main villain, Cicada.

Page 2 of 2: More Questions About Thawne (And Barry) From The Flash Season 5, Episode 10

3. Why is Thawne Running Out of Time?

At the end of The Flash season 5, episode 10, Thawne says time is against him. Outside of his holding cell there is a countdown clock, ticking down to some unspecified time. What is this clock counting down to? And where does Nora fit into all this? If it is somehow counting down to Thawne's death could it be the reason why he wants to change his legacy? Does he want to make amends before it is too late? Or is he using Nora to see if he can change history and rewrite whatever is waiting for him at the end of the clock?

Hopefully, as season 5 goes on we will learn more about Reverse-Flash and the state he's in. One thing's for sure, he doesn't seem to be doing too well. Maybe time has finally gotten the best of him.

In the future, Eobard Thawne is still wearing the face of Harrison Wells, the man he killed and impersonated. Why hasn't he changed back to his original form? Is it because he can't? Time travel seems to have finally caught up to Thawne. While he is wearing Harrison Wells' face, he seems to have retained some of Thawne's original characteristics such as his hair. He doesn't seem to be doing so hot stuck in that cell either. Maybe his deteriorating health has something to do with his outward physical appearance as well.

One easy explanation for Thawne's appearance is that The Flash already has Tom Cavanaugh as a cast member and wanted to put him to use rather than bringing back Matt Letscher. Cavanaugh is never better than when he's playing Thawne so the casting is a welcome one, the story just needs to address a reason as well.

While Barry was stuck in the metahuman dampening chamber he needed something to pass the time. Cue a special delivery from the Legends; Sherloque brought Barry Uncaged Desire, the book written by Mick Rory (under the pen name Rebecca Silver). Barry seemed very enthralled by the story and we already know a little about the plot from Mona spoiling the ending so the questions is: when can we get our hands on a copy? The CW already published the book written by Gina Rodriguez's character on Jane the Virgin so it wouldn't be a stretch for them to do it again. And who wouldn't want to read the timeless love story between the correctional officer and her lover?