The Grand Tour Game Review: Not Quite Worth The Visit 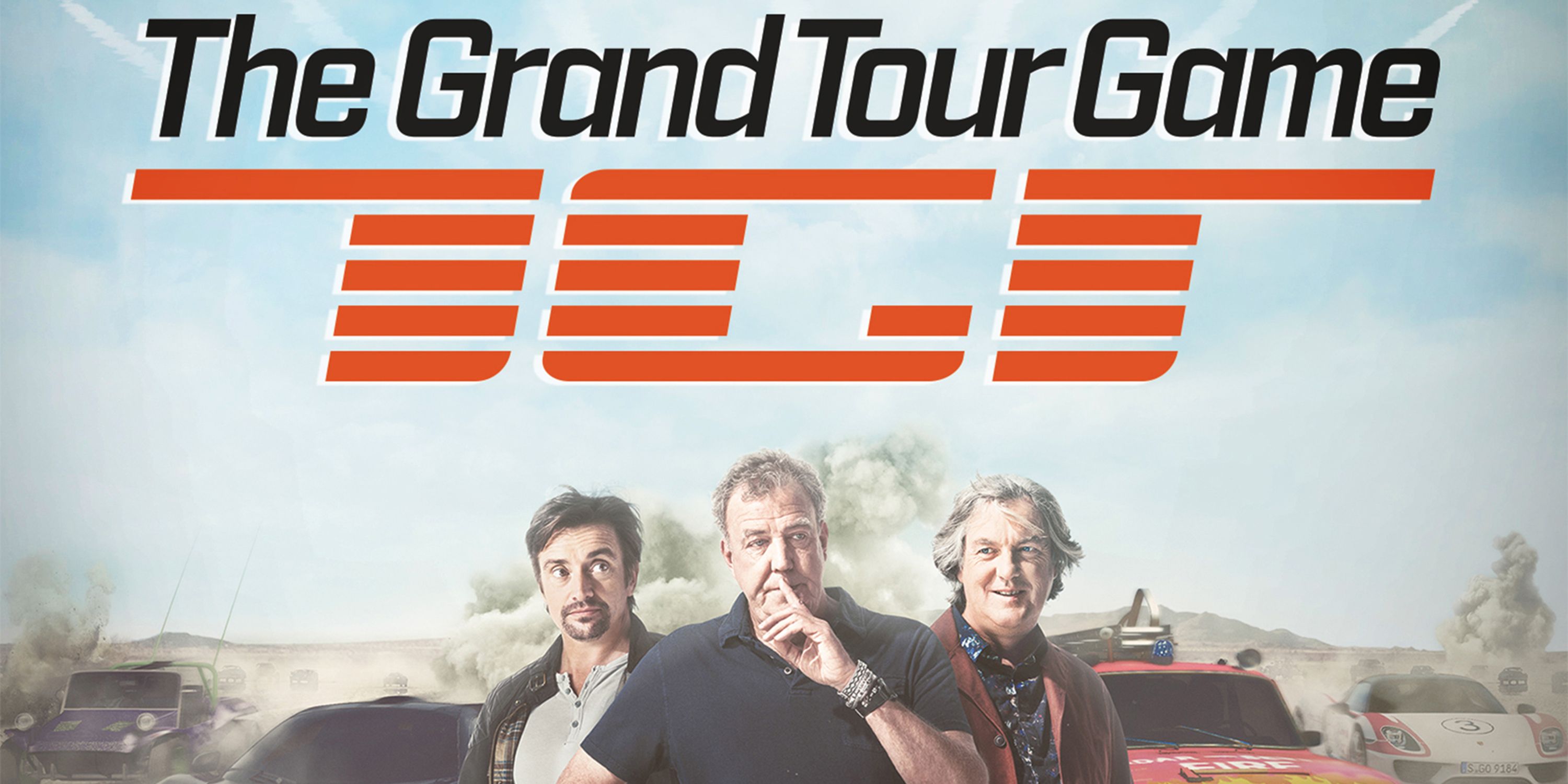 The Grand Tour was a no-brainer for Amazon to put its faith in. The departure of Top Gear hosts Jeremy Clarkson, Richard Hammond, and James May from the BBC following Clarkson's physical attack on a producer meant that there was potential for Amazon to bring aboard both a known presenting team and a dedicated fanbase in one swoop - something that they took no time acquiring. The Grand Tour has now been subject to a video game adaptation, and one that tries to be faithful to the show while also doing things a little bit differently from other games.

Quite simply, The Grand Tour Game attempts to seamlessly blend footage from the show with controllable gameplay sections. These sections put the player in the driving seat for moments from the show, from winding mountain roads through to drag races. The game, which was announced in August 2018, also maintains the episodic nature of the show, with a new episode just launching to coincide with the start of Season 3.

It's a promising setup, with the potential for fans to tie in their love of particular moments from The Grand Tour with interesting racing gameplay released as Season 3 progresses. However, the actual delivery - even with the first two episodes of the game that are based on episodes from seasons 1 and 2 - is more awkward than fun, with The Grand Tour Game not delivering on its promise so far.

Prior to release, a lot was made of the supposedly seamless shift between show and game. However, in practice this doesn't work out entirely as planned. There are very much set sections where players will sit through The Grand Tour footage, watching the banter between the three presenters alongside descriptions of the technical aspects of the vehicles in question. When the timer bar runs out, it's time to take control, but those hoping to have more direct gameplay may be left anxiously looking at that skip forward button.

All in all, the blend between the two - although a neat idea - doesn't quite work, feeling a little more like an old FMV game from the 1990s than comfort. Steps have been taken to make the jump less jarring, such as the inclusion of voice clips from the trio depending on player actions, but these don't feel natural within the gameplay itself, like an interjector shouting into your ear.

Another issue comes within the footage of The Grand Tour. Between gameplay, this footage does suffer at times from stuttering and frame rate issues. This is particularly true while the next section of gameplay is actually loading, which seems to put a little bit of a strain on showing off Hammond et al until things are ready in the background.

Things improve when it comes to the gameplay, though. Throughout the different episodes released so far, there's a decent level of variety to be found. Different challenges include straight-up racing against the other hosts, time trials, and completing specific targets like maintaining top speed through speed traps.

The racing is probably the best bit of The Grand Tour Game. Although the quality of the gameplay is varied across the board, it is most cohesive when in a straight three-person race. Amazon has put a solid amount of effort into making the different cars and environments feel unique, too, meaning that players will want to chop and change between cars when the option is given to get the full experience.

Interestingly enough, the racing is less grounded in reality than fans of the show might expect, with Mario Kart elements implemented. Akin to 2010's cult classic Blur, The Grand Tour Game combines real-world cars with power-ups like speed boosts, with another example being texting while driving to obscure opponent screens. It's fun, and the added bonus of split-screen multiplayer - something that has been sorely missing from racing games of late - means that a bit of longevity could be found by getting some friends to play along.

Not all of the gameplay sections are as fun, though. Drift challenges will crop up a few times over the episodes released so far, and these are generally tedious, asking players to drift around corners - or just knock themselves out in a wide open space. These moments are dull for the most parts, with players likely to want to move onto the next part of the game.

Perhaps the biggest problem is that The Grand Tour Game spends too much time on the footage of the show. Although it is admirable that it wants players to feel as though its presenting team has left a large imprint on this gaming product, quite simply too much time is spent watching show footage. It's hard to believe that those who complain about The Walking Dead as having too little interactivity would be happy with what's on offer here.

All in all, then, it's hard to know who this game is for. Fans of The Grand Tour will probably like it, but there are already much more comprehensive racing games out there that fans of the show will appreciate more. Given the choice between The Grand Tour and the likes of Forza Horizon 4 or F1 2018, it's really no contest, even if The Grand Tour Game comes at a lower price tag.

At the moment, The Grand Tour Game can't be discounted entirely of course. There's plenty of room for improvement as new episodes are released, although exactly how much things will get better remains to be seen. As it stands, it's a disjointed product with some shining moments, with too great an emphasis on elements that aren't actually gameplay. Hardcore viewers of The Grand Tour might get a kick out of it, but otherwise there are, unfortunately, better alternatives to be found.

The Grand Tour Game is out now for PS4 and Xbox One, with three episodes available now and new episodes released with in line with the Amazon Prime show. Screen Rant was provided with a PS4 download code for the purposes of this review.