The Man Who Killed Hitler & Then The Bigfoot Trailer: Sam Elliott Is A Mythic Hero 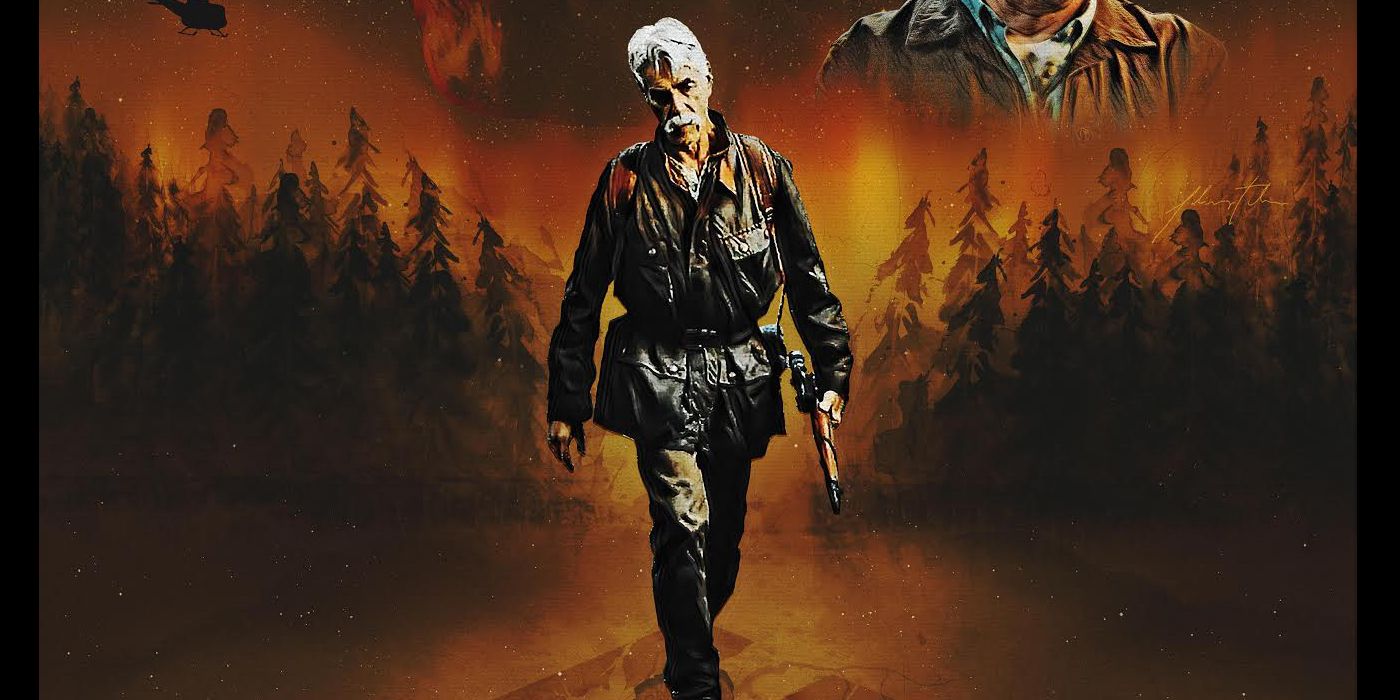 Sam Elliott is a legendary soldier sent on a mission to save humanity in the first trailer for The Man Who Killed Hitler and Then The Bigfoot. The strikingly titled movie also stars Aiden Turner, Caitlin FitzGerald, Ron Livingston and Larry Miller.

The debut feature from writer/director Robert D. Krzykowski, The Man Who Killed Hitler tells the story of Calvin Barr, a WWII soldier who has lived his entire life sitting on a terrible secret: that the official history is wrong and he was actually the one who killed Adolf Hitler. Now, decades after his secret mission to assassinate the world's most evil dictator, Barr is being called on to once again save the world. A plague has broken out that threatens all humankind, and the carrier is none other than the legendary Bigfoot. And of course the badass warrior Calvin Barr is the only one capable of venturing into the wilderness to take down the mythical monster.

With The Man Who Killed Hitler and Then The Bigfoot set to hit theaters and VOD, RLJE Films (the studio that released the unforgettable Mandy) has dropped the official trailer for the fact-bending action movie. The clip sets up the legend of Elliott's Calvin Barr, a forgotten hero who carries a terrible burden of history on his shoulders, and now for a second time holds the fate of humanity in his hands. As the trailer shows, the film has already received rave reviews after it showed last year at Canada's Fantasia International Film Festival and FrightFest London. See the trailer below:

The movie's premise may be completely outrageous, but the tone of the trailer is anything but. If anything, the clip promises a rather somber experience as it tells the story of Calvin Barr, a hero who is more myth than man. Given Barr's status as someone who may or may not even exist, it's appropriate that his adversary in the film would be an equally mythic monster. The big selling point of the film, beyond its wild title, is of course the presence of Elliott, who has become an iconic grizzled actor thanks to performances in everything from The Big Lebowski and Parks and Recreation to this year's blockbuster A Star is Born (the last of which may finally score the actor his first career Oscar nomination).

After years as a reliable character actor, mainly in very masculine roles that take advantage of his deep voice and stoic presence (and of course the mustache), Elliott appears to finally be having his moment. And his iconic status will only grow if his showdown with Hitler and Bigfoot proves to be as wild and memorable as the above trailer suggests.

The Man Who Killed Hitler and Then The Bigfoot hits theaters and VOD on February 8th, 2019.