« The Important Difference Between Bungie’s Activision & Microsoft Splits
The Kid Who Would Be King Review: Joe Cornish Delivers A Modern King Arthur Story » 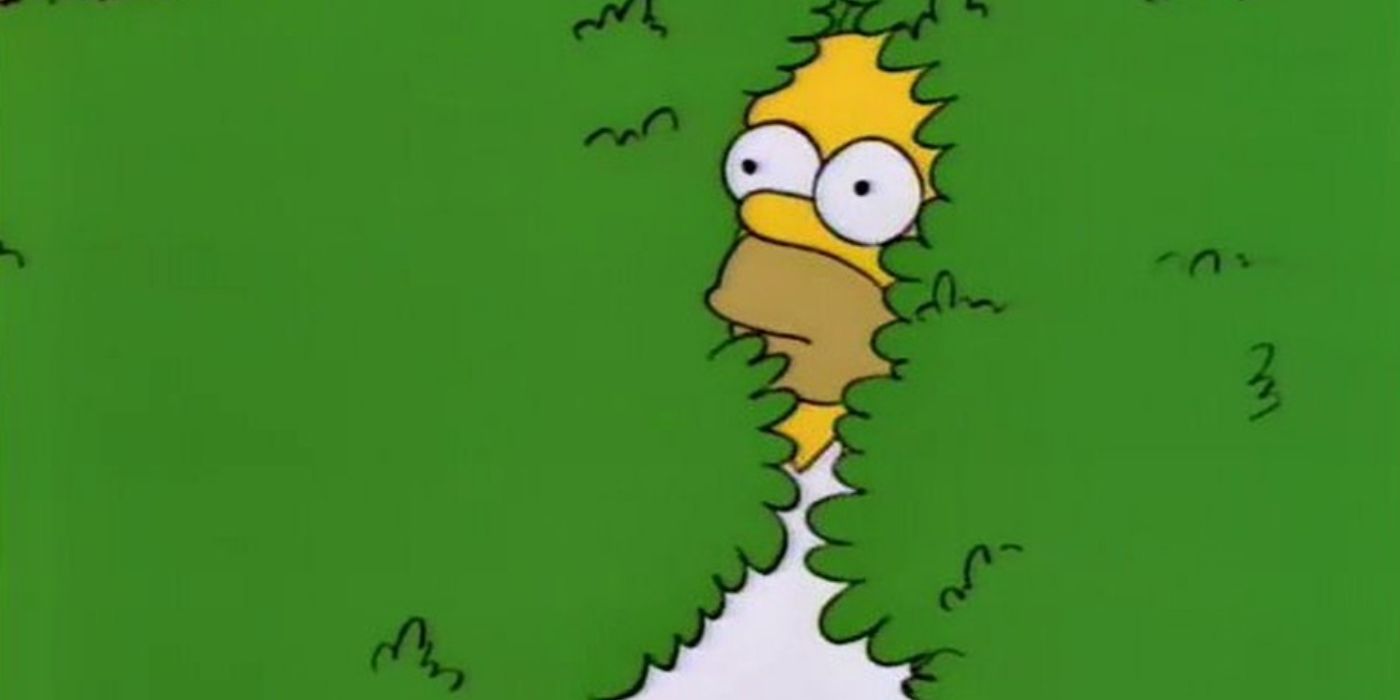 The latest episode of The Simpsons got very meta by revealing even Homer Simpson uses that GIF of himself disappearing into a bush. This meme originates from the fifth season episode “Homer Loves Flanders,” where Homer becomes friends with his much-hated neighbor Ned Flanders after they spend time together. In turn, the relentlessly upbeat Ned quickly grows to hate Homer, who wants to hang out with him all the time.

This leads to the famous bush scene, which is a parody of Terminator 2: Judgment Day. Homer slides through the bushes like the T-1000, but after his plan to spend the day with the Flanders' family is rejected, he disappears behind it again. The scene continues later, with Homer chasing down the Flanders family in their car, and using a pair of golf clubs like hooks to latch onto it, just like a similar chase from T2. The bush sequence has been immortalized in recent years thanks to it becoming a social media GIF, which is typically used to signal an embarrassment.

The Simpsons have never been above breaking the fourth wall or getting meta, and it did exactly that in the latest episode. During episode 12 of season 30, titled “The Girl On The Bus,” Homer texts Lisa saying he can’t find his phone, but when she points out he’s using it, he replies with the famous GIF. The Simpsons shared a clip from this scene on Twitter.

It’s a silly gag for sure, but it’s a nice tip of the hat to how popular the meme has become. The popularity of the bush scene is only rivaled by "Steamed Hams," which comes from a short sketch where Principal Skinner tries to prepare a simple dinner for Superintendent Chalmers, only for things to spiral out of control in outlandish ways. In recent years, Simpsons fans have taken this pitch-perfect sequence and remixed it in bizarre - and delightful - ways.

The Simpsons celebrates its 30th anniversary in 2019 and is rightfully considered a landmark achievement in animated shows. Early seasons of the show combined impeccable comic writing with perfect voice casting and its often voted one of the funniest comedies in television history. While the quality of the show noticeably declined in later years, it still maintains a healthy fanbase, with some critics feeling season 30 is an improvement on some of the more disappointing recent seasons. Season 31 of The Simpsons is already confirmed, so the show isn’t going away anytime soon.

More: The Simpsons Already Made The Perfect Final Episode