What To Expect From The Dragon Prince Season 2 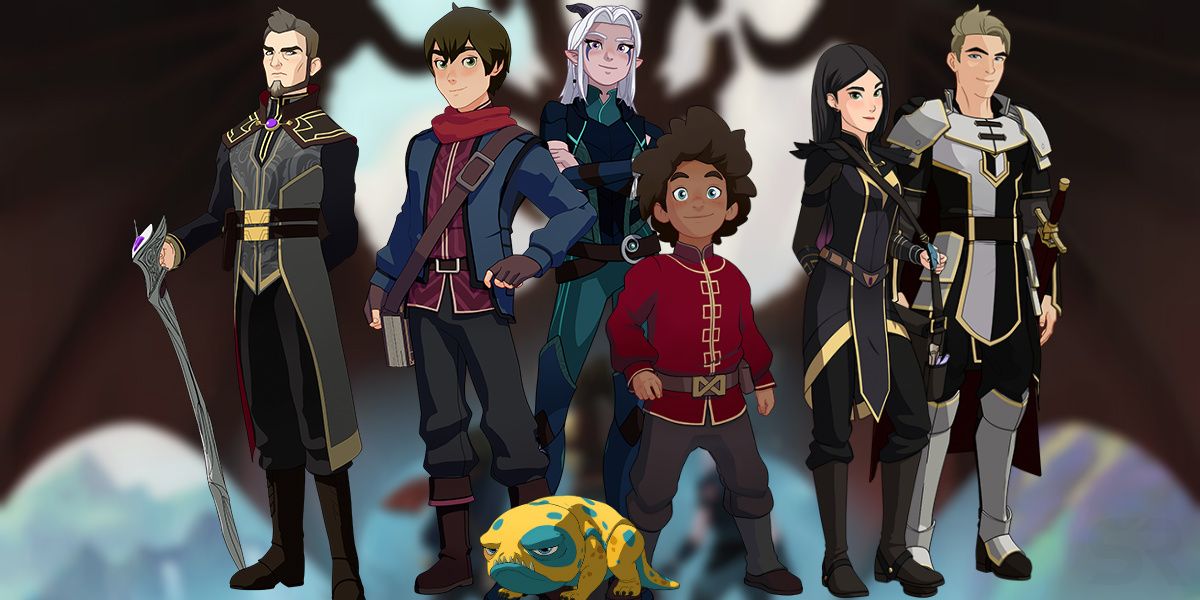 Netflix’s The Dragon Prince season 2 is definitely happening, but when will the TV show return and what can fans expect to see when it does? The online streaming company has expanded its library of Netflix Originals in recent years with content ranging from movies to TV. In particular, Netflix's animated TV shows have garnered interest among viewers young and old. One such show is The Dragon Prince, which debuted its first season in September 2018.

The Dragon Prince season 1 introduced viewers to the show's fantasy world, which is divided into a western region of Human Kingdoms and the eastern region of Xadia that's populated by various factions of elves. Xadia and the Human Kingdoms are divided by a border of fire and lava that was protected by the Dragon King, Thunder - until he was killed by man and all his eggs were destroyed. Season 1 follows the young human princes Callum and Ezran, who discover the egg of a Dragon Prince and set out with the Moonshadow elf Rayla to return the egg in order to prevent war between the humans and elves.

The Dragon Prince Season 2 Is Currently in Development

As announced at Anime Los Angeles, The Dragon Prince season 2 releases Friday, Feb. 15 on Netflix. The premiere date was announced alongside the debut of new key art for the series, which features returning characters Callum, Ezran and Rayla, along with magical creatures like Ezran's pet glow toad Bait, the Dragon Prince himself Azymondias and Lujanne's Moon Phoenix. This premiere date is roughly five months after the debut of The Dragon Prince season 1, which is a relatively short wait time between seasons for fans.

What Will The Dragon Prince’s Season 2 Story Be About?

Season 1 of The Dragon Prince ended with the hatching of the titular magical creature, nicknamed Zym by Ezran. Though Ezran, Callum and Rayla are no longer carrying an egg, their mission is still the same: return the Dragon Prince to the dragons and prevent a war between Xadia and the Human Kingdoms.

As such, season 2 will no doubt see the trio traveling further East toward the border to Xadia, and based on images released for The Dragon Prince's sophomore offering, we'll also meet new elves. One image of a Sunfire Knight teases the introduction of a different faction of elves. It's unclear how the Sunfire Knight fits into the story of season 2, but it does indicate the new episodes will dive deeper into expanding the fantasy world introduced by The Dragon Prince season 1.

Further, there are plenty of questions whose answers fans are no doubt excited to learn, such as what really happened to King Harrow and what exactly Viren is doing while left alone to rule Katolis. Plus, Viren's children Claudia and Soren are still tracking Callum, Ezran and Rayla with the goal of killing the two princes, though it's unclear if Soren will remain loyal to his family or betray them to protect the princes.

So, there's plenty to look forward to in The Dragon Prince season 2 as it further expands its fantasy world and follows the continuing adventures of the characters introduced in season 1.

The Dragon Prince season 1 is available to stream on Netflix.