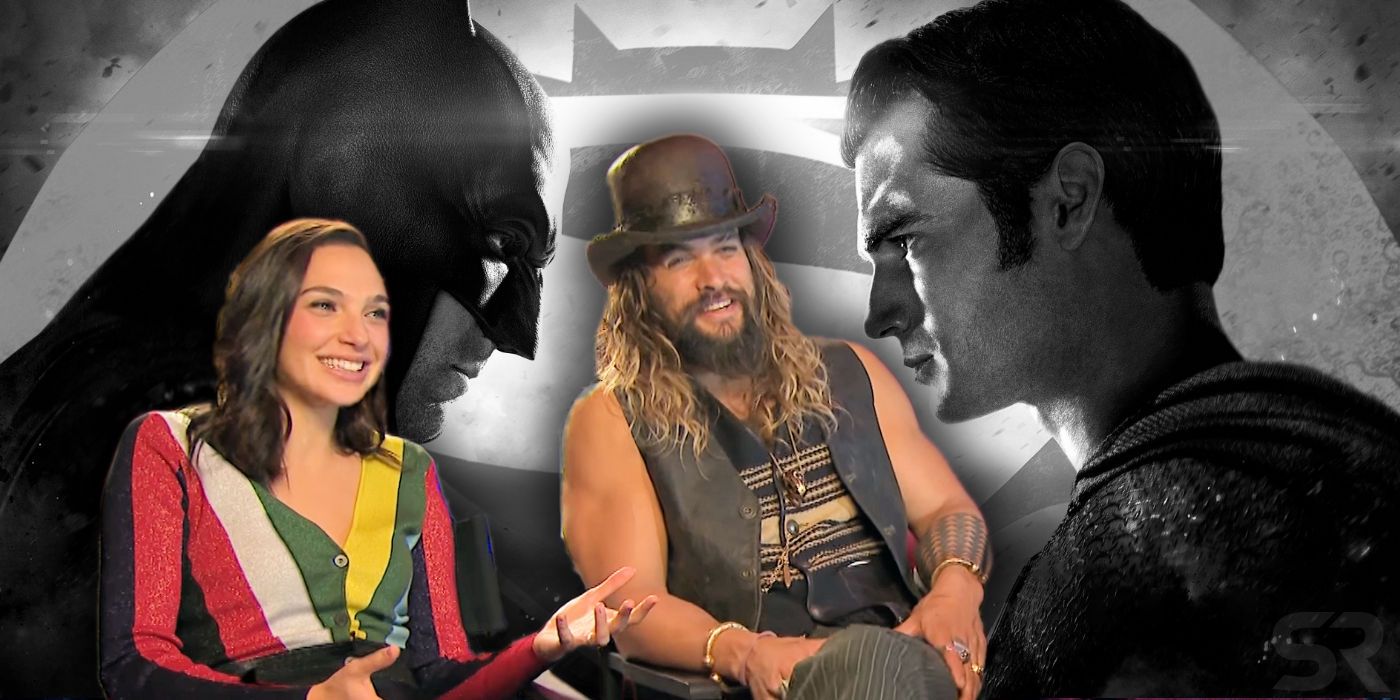 Aquaman and Wonder Woman are the only DC movies in recent years to receive good reviews, and it seems like, in addition to being decent movies in their own right, one of the main reasons they were well received, while other movies weren't, was because there was nothing to compare the adaptations to (at least outside of the source material).

One of the most exciting aspects of the unofficially titled DC Extended Universe is that it gives WB the opportunity to explore popular (and perhaps even some relatively unknown) comic book characters for the first time on the big screen. Connecting those characters to an overarching shared universe certainly helps, but giving audiences DC superheroes to watch other than Batman and Superman, who've dominated Hollywood for years, is the right direction they need to be taking. And it's working!

Related: Aquaman Is The Film DC Needed (But Not What It Deserves)

So far, James Wan's Aquaman and Patty Jenkins' Wonder Woman have done exceptionally well, both critically and commercially, and there are several reasons for their success. But what's interesting is that the last two Batman and Superman-centric films - Zack Snyder's Man of Steel and Batman v Superman: Dawn of Justice, not to mention Bryan Singer's Superman Returns - haven't received the same acceptance. Why?

Batman and Superman Have Had Well Received Movies in the Past

Ever since then, Batman and Superman have continuously appeared in all sorts of media forms, from television and movies to video games and theme park attractions. They've become the go-to characters when people think of superheroes around the world, which is why they've received so many adaptations over the years, and quite of a few of those have been stellar. For Superman, the widely-accepted definitive version is Christopher Reeve's Superman. Even Tom Welling's Clark Kent on Smallville won over critics and audiences alike, though.

For Batman, the definitive version means something different for each generation: Michael Keaton in Tim Burton's Batman and Christian Bale in Christopher Nolan's The Dark Knight trilogy. And while Ben Affleck's version of Batman has been certainly praised, his portrayal was obviously scrutinized and compared to what people consider were "better" and "more accurate" versions of the character; unfortunately, the same thing applied to Henry Cavill's Superman as well. And therein lies the problem.

It's natural for people to compare things to the past, but when there's nothing to compare a movie with, then that project can stand on its own. For Batman and Superman, that simply wasn't an option. As previously mentioned, Reeves' Superman is still, by and large, considered the definitive version of the Last Son of Krypton. While Snyder's Man of Steel aimed to tell a modern and more grounded story, one that deconstructed not only who Clark Kent/Kal-El was as an alien living a human life, but also why Clark chose to bear his family's crest and protect the world as Superman. It touched upon aspects that weren't explored on film before.

Unfortunately, the "grittier" take on Superman was a turn off for many people, and that's what ultimately led to WB's poorly-conceived iteration as a result of Joss Whedon's Justice League reshoots. And then Affleck's Batman joined the fold in Batman V Superman, which spawned numerous arguments against the Caped Crusader's older depiction. One of the biggest gripes was that Affleck's Batman killed people. While a majority of those deaths happened in Snyder's Knightmare sequence, the core reason behind the murderous Batman was because the superhero had lost Robin to the Joker, and that fundamentally changed his perspective.

Considering how well received Bale's Batman was, and how opposed that version was to killing, general audiences who hadn't read the comics were turned off by Affleck's portrayal because it, in part, wasn't what they had come to know about the superhero. What's more, these comparisons extend to Batman and Superman's supporting characters and their villains. In the DCEU, Cavill's Superman, Affleck's Batman, Jessie Eisenberg's Lex Luthor, and Jared Leto's Joker were all compared to previous versions, but Margot Robbie's Harley Quinn wasn't. Part of the reason for that is Robbie's Harley Quinn is the only live-action version of the character; Arrow planned on introducing Harley Quinn at one point, but what was shot down by WB.

Page 2 of 2: Why Marvel Doesn't Have This Problem & DC's Future

Marvel Didn't Have This Problem Starting Their Universe

Audiences comparing Marvel Cinematic Universe movies to previous adaptations wasn't something that Marvel Studios needed to account for. Plus, the adaptations that were made in the past, such as Daredevil and Ghost Rider, were sent to the television side when they were rebooted. But overall, one of the key ways that the MCU differs from the DCEU, among various things, is that the MCU doesn't need to compete with the past.

Sure, comic book readers and animated TV fans around the world have known about the Avengers for decades now, and some characters like Thor, Iron Man, and even S.H.I.E.L.D. members, such as Hawkeye and Black Widow, have been at the forefront of the superhero team's branding over the years, the only real characters general audiences were somewhat familiar with (at least in name) are Hulk and Captain America; Spider-Man had the opportunity to be introduced several years into the MCU's existence, so that's a different beast entirely.

Point is, the MCU's adaptations of their core superheroes weren't being compared to critical darlings of the past. And that's an important distinction because while their movies are generally adored by audience around the world, they're not necessarily faithful adaptations of the comics. In fact, Marvel Studios has been criticized for using comic book series names for MCU movies (e.g. Avengers: Age of Ultron, Captain America: Civil War, and Thor: Ragnarok), only to deviate significantly from the comics.

Just look at Jon Favreau's Iron Man; it was the first big screen adaptation of Tony Stark, and even though Disney's acquisition of Marvel Entertainment came with some changes to Tony's story arc, it was still unique because there was nothing to compare Robert Downey Jr's version with. Interestingly, this predicament is something that Marvel Studios may soon face when they ultimately introduce the X-Men into the MCU, particularly over who they find to replace Hugh Jackman as Wolverine.

From the get-go, it was clear that Snyder's version of Aquaman - which Wan continued in 2018's Aquaman movie, with his own augmentations, of course - was going to be significantly different from the comic book interpretation of the character. While the standalone movie managed to bring in core beats from the comic, including Aquaman's classic costume, Momoa's performance was a far cry from what comic book readers had come to know - but that didn't make it bad. In order to provide viewers with a unique superhero moviegoing experience, Wan and Jenkins took liberties with the source material; they're not the only comic book movie directors to do so, but since their movies aren't being compared to anything, general audiences (and critics, for that matter) have nothing to compare them to.

Related: How The DCEU Is Rebooting In 2019

What's interesting, since the DCEU versions of Aquaman and Wonder Woman are so popular with audiences and critics alike, DC Comics is starting to take inspiration from their movies, at least in the way the characters are drawn. But perhaps the most important takeaway from all this is that lesser-known superheroes like Aquaman and Wonder Woman, or at least characters who haven't received big screen adaptations before, are going to be DC's future. Zachary Levi's Shazam in David F. Sandberg's Shazam! movie will likely be another testament to this, as it removes the pressure from staying true to the comics and to previous adaptations. It's difficult enough to win over fans of the source material, but to convince fans of previous iterations to see something new is another beast entirely. Sure, it's easy to say that DC could just make better movies, but would their movies be considered as "bad" if they were the first of their kind?